After a cyber-attack reveals the identity of all of the active undercover agents in Britain, Johnny English is forced to come out of retirement to find the mastermind hacker.

This film goes beyond the level of letting it go over your head, it’s literally one to watch when you either have nothing to do at all – or actually leave running in the background whilst doing things. Atkinson (dare I say) is on top form as the titular character, and is sure to satisfy fans of his usual satyrical comedy. A good percentage of the audience were of older generation and seemed to be loving this film, so my suggestion is to put it on for the parents, grandparents, etc. – it makes glorious shit for the older relations. Especially if they were fans of Atkinson’s earlier work (Black Adder, Mr. Bean, etc.)

Thompson swoops in and rescues the film from being a total flop as the British Prime Minister. She has some funny one-liner’s which help it run smoothly, but without her I reckon it would have been one of the worst films I have personally watched in years. 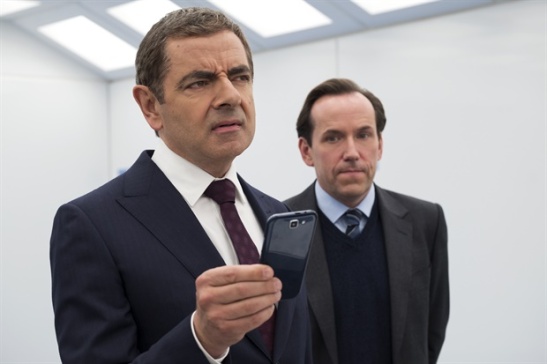 I have absolutely no hesitation in saying that I would never watch this film again. The way in which it presents itself is beyond tacky and lacks sorely in genuine comedy factor. But then there will be some people out there who love it, and good on ’em!

This entry was posted on December 9, 2018 by rickysfilmreviews.