Arch skeptic Professor Phillip Goodman embarks upon a terror-filled quest when he stumbles across a long-lost file containing details of three cases of inexplicable ‘hauntings’. 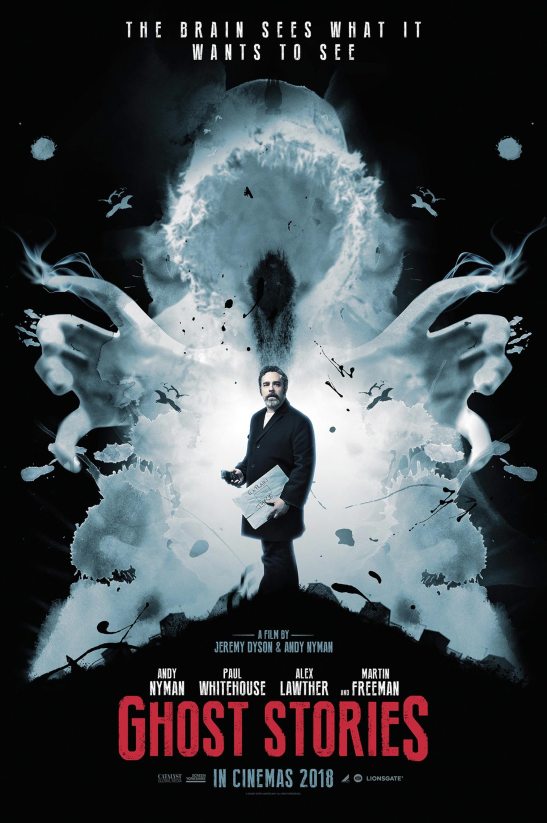 I was proper geared up for this one. Ghost Stories: it sounds scary, the publicity makes it look scary, most people love ghost stories, great..

That’s right – this movie was utter, utter shit from opening scene to closing. I don’t like to sound unprofessional, referring to a movie as ‘shit’ – but it’s the only way I can describe it. I couldn’t believe the lack of frights involved and actually questioned the concept of Ghost Stories halfway through. I wondered what the point of it was, why directors Andy Nyman and Jeremy Dyson had decided to run it out like an episode of a dreary soap opera. Its similarity to a soap opera was uncanny too with first character Tony sitting with a pint of lager at an oak table in his local pub as he begins giving Professor Goodman an account of his personal events.

This movie is split into a number of ‘sections’; the viewer sees the sinister tale of Tony Matthews and his mysterious workplace visitor, Mike Priddle and his home disturbance, And Alex after running down the Devil in his car. And considering how dull the entire thing was in both visuals and set, I was half-expecting the words END OF PART ONE to be emblazoned on the screen backed by an out-of-tune trumpet fanfare after each man’s story (think Coronation Street). This attempt at a mild horror was like chewing through a block of mild cheese, and left just as bland a taste.

Having Nyman blunder about the screen as flapping Phillip was just the right amount of irritating shambles I needed to make me walk out. The actor had the same insufferable air about him as Paddy from Emmerdale. But I didn’t walk. I stayed sitting through whatever this was until closing credits – then ran. 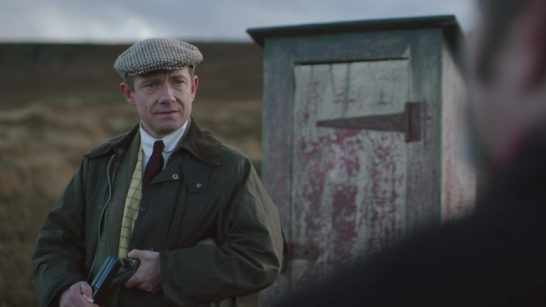 I was almost pissed off with the producers for not using a reasonable level of horror in Ghost Stories; so much more could have been done differently in terms of direction, with the action getting gritty as Professor Goodman delved deeper into each character’s background. Instead, the action became journalistic with the leading man sat conducting interviews with three separate people. Beyond dull, this take on the ghost story genre was an idea the writers probably classed as ‘original’ but backfired spectacularly and culminated in a plot twist a college student could have penned.

But – far be it from me to be the one-sided critic, so I will mention that there are one or two decent elements of this film. Lawther gives a brilliantly emotional performance and provides near enough 90% of the entertainment when on screen.
The plot twist at the end is unusual, making almost documentary style scenes slide into a full-on piece of fiction. Not bad, and much needed.

If you want to endure a film that is a total waste of time gift-wrapped with pretentious advertisments and trailers, ultimately resulting in one of the most misleading concepts you’ve ever seen and containing almost no gripping storyline – give Ghost Stories a go. You won’t be disappointed in the slightest. However, if you want a gripping story told by intriguing characters with plenty of jumps and scares coming at you in all ghostly tradition – watch something else. Ghost Stories isn’t the one.
An utter waste of time.

This entry was posted on July 24, 2018 by rickysfilmreviews.