A mother personally challenges the local authorities to solve her daughter’s murder when they fail to catch the culprit. 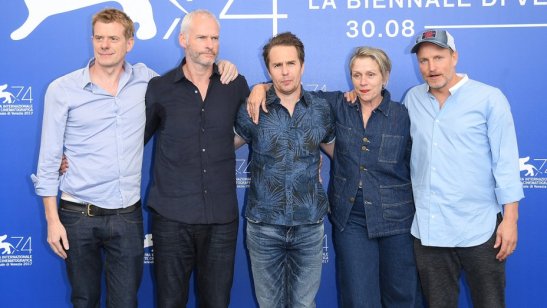 Good god that was dark. But strangely enjoyable. I wouldn’t say Three Billboards Outside Ebbing, Missouri is an award-winning piece of cinema, but it certainly hits the spot if you like a bit of black humour. There may be people who disagree with me on that – some people might think this movie is the most amazing thing they’ve seen in years, and I have heard some people raving about it (people like that piss me off when the movie isn’t overly brilliant). It’s good. But it really isn’t what the kids call, ‘all that’. Yes, it delivers a few very funny moments and mixes drama with comedy nicely, but it’s not really DVD library material. There is one thing that singlehandedly carried the entire production though: 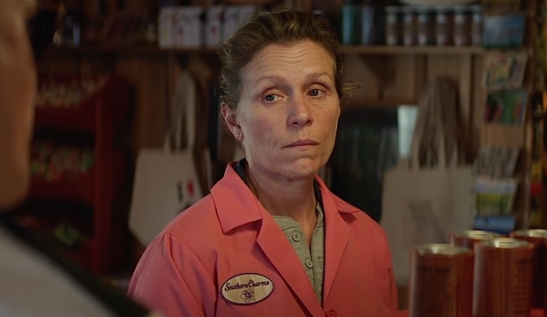 McDormand is just superb. I can’t fault the woman in any way for her combination of threat and funny, which is maintained constantly throughout. As grieving mother Mildred, she gives a heart-wrenching performance as the mother of a raped and murdered child whilst incorporating a safe amount of comedy in to it. Her portrayal is incredibly genuine, mirroring that of someone you’d meet in real life who remains blasé about the difficult situation they are experiencing. Most of us have met someone like this. For example, Mildred discussing her daughter’s murder with a local police officer: their conversation includes such raw dialogue about what happened that some of it comes across slightly humorous, dare I say.

McDormand ensures black comedy at its blackest as her character then proceeds to attack her local authorities violently until she gets her point across. The entire movie focuses around this point, and simplifies a harrowing story very well. In fact, the movie as a whole is so incredibly watchable; the plot is easy to follow and wastes no time in introducing a number of key characters so distinctive in personality that Three Billboards Outside Ebbing, Missouri builds itself on an almost pantomime-style platform. And it carries on that way as people like Dixon (Rockwell) the clownish police officer, Red Welby (Landry Jones) the village idiot, and Willoughby contribute to the effectiveness of the show. 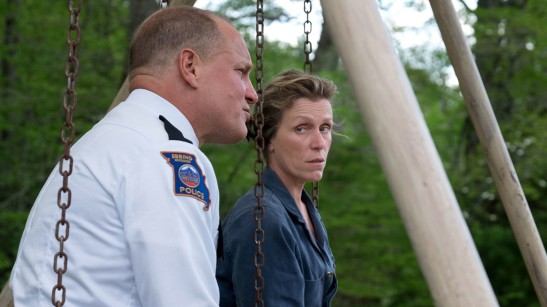 Something doesn’t quite hit the spot with this movie also. At points it comes across slightly boring, with the lead character stood around talking at various others for lengthy periods and the nature of family grief taking over which makes the feature incredibly dismal. If you think you’re in for a constantly funny ride, think again! Three Billboards Outside Ebbing, Missouri gives the viewer as much sorrow as it does humour.

Not a bad watch, this one. Although it had me laughing out loud once or twice, I probably wouldn’t watch it again unless I caught it on TV.

This entry was posted on April 2, 2018 by rickysfilmreviews.