A personal shopper in Paris refuses to leave the city until she makes contact with her twin brother who previously died there. Her life becomes more complicated when a mysterious person contacts her via text message.

If I had paid to see Personal Shopper I probably would have – ironically – demanded a refund. What a load of unnecessary, uneventful, utter crap. This is one of those movies that pulls the classic trick of beefing itself up in its description when you check cinema listings, etc. and then falls flat on its fanny as you’re sat watching it. Which I dislike heartily; in cinema there is nothing worse than being made to think a movie could be quite entertaining – and yet it provides almost no entertainment at all. Personal Shopper is a prime example of this and by the time the end credits popped up, I was racking my brains trying to select the best bits of it.
There were none. 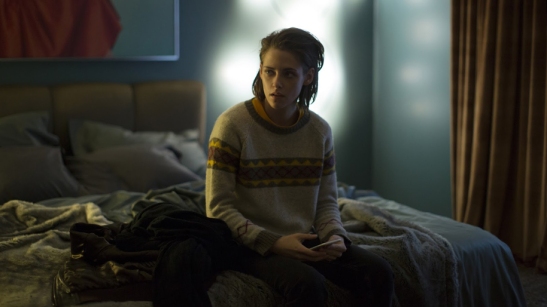 When I arrived at the cinema and got my ticket, I bumped into a guy I know (sadly I only know him from being at the cinema I’m there that often). Good old Tony, a chap so larger (literally) than life that you can see him sitting in a pitch black auditorium, god bless him.
And when I mentioned I was there to see Personal Shopper, his face dropped. Tony had seen an earlier screening just a few hours before and he had nothing positive to say about the film whatsoever. Even when I reasoned with him to give me a positive he responded, “well, she does go to Paris”. Which is where I burst out laughing in disappointed realisation that I might be wasting my time..

Upon exiting the screen, I couldn’t have felt more uninspired. Kristen Stewart glides effortlessly through Personal Shopper, making an effective protagonist and she holds the whole thing up nicely. Unfortunately, it was the movie’s structure which let the rest of it down.
The scene momento is slow, giving it more of a documentary feel as Maureen wanders around stores selecting random bits of clothing for her client. This then shifts into home-like scenes where she’s sat in an armchair, reading something or taking a phone call. Which then trails into the scenario of the young woman laying on a doctor surgery bed as she receives her latest health check-up.
I blinked.

..what the hell was going on here? What was all this supposed to be about?
And the main question:

WHERE WAS THE GHOST?! 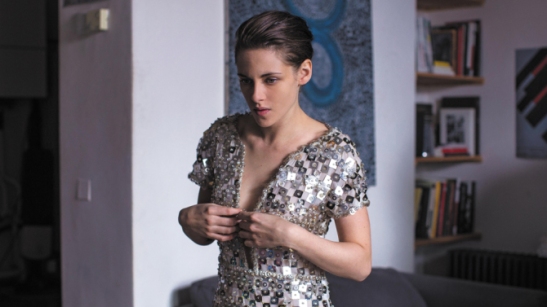 Giving up the Ghost

I was braced for shivers. A few thrills. Sinister confrontations between human and spirit which gradually became emotionally engaging.
Anything like that really.

Viewers get just under four whole minutes of ghostly action. There’s about as much haunting going on as there is fresh fruit and vegetables in Beth Ditto’s daily diet. Oh, there’s a supernatural visit alright – but it lasts no more than 15 seconds and consists of Maureen cowering against a wall with her hands over her face before the ghostly visitor buggers off again.
Whoever took charge of writing the story for Personal Shopper obviously got distracted shortly after beginning, and gave up the ghost. I couldn’t think of a more incredibly fitting way to describe the lack of paranormal activity in this movie, seriously. 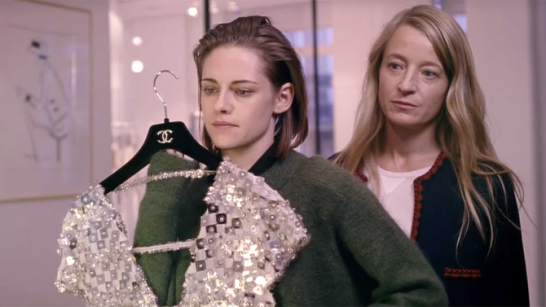 One or two moments during this movie’s showing do, surprisingly, make for an intriguing watch. The scene where Maureen returns to her childhood home for example; she hears a noise from another room and goes to investigate.. with minimal results. Nevertheless, the occasional ‘knock’ and ‘tap’ makes for a good watch as this adds tensity.
I won’t lie, when the ectoplasm made its appearance I did react with an, “oooh”. For what it was it brought an air of intrigue with it, shame it didn’t hang around for long.

Due to this movie being so bland, I’d go as far as to say the ghost action is the only element that holds it up and saves it from hitting 100% on the trash scale. 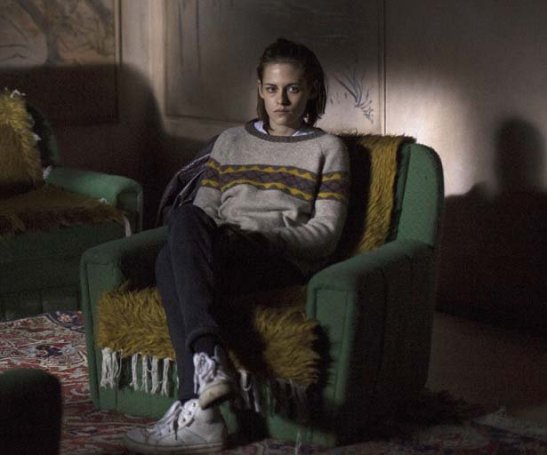 Personal Shopper has its good bits and bad bits, but it’s overall a dire production selling itself on the ghost story basis but not coughing up the goods. This movie is like a Disney Channel version of Paranormal Activity; I.E. all the juiciest scary ingredients removed and watered down for young eyes. That said, don’t sit the kids in front of Personal Shopper – there’s a scene where Stewart gets her tits out for starters. And a suicide scene. Apart from that, fine.
Not a great flick at all. I certainly wouldn’t watch it again.