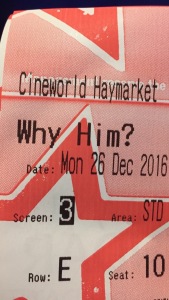 A holiday gathering threatens to go off the rails when Ned Fleming realizes that his daughter’s Silicon Valley billionaire boyfriend is about to pop the question.

Please god. For the love of fuck, HOW on earth did a movie like this even get commissioned, let alone its hard copy sent to the cinema to be used on the projector? I’ve no idea. But I have now learned something: I have learned that ANYTHING is possible in Hollywood. Anything will be produced these days, no matter how tragically awful it is.
But then look at the most popular videos on YouTube created by all types of person – the world of entertainment has become more diverse over the years. And as for Why Him?.. I can only describe it in a single sentence:

“I wish it had never been made”. 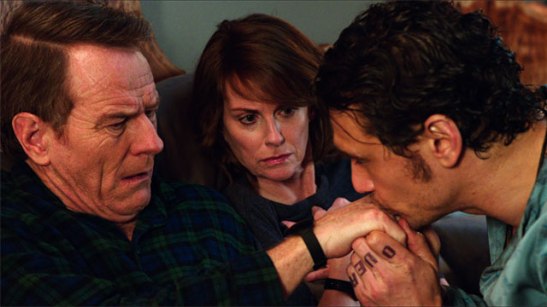 What we have here is utter trash from beginning to end. Endless smut, constant swearing and disgusting sexual references, gags which seem to miss the mark sorely, and then Franco – who seems to roll off his insufferable character as easily as though second nature to him. Why Him? is centered around a very simple plot; a concept so simple you might end up wondering why someone felt the need to produce a movie from it. Alas, it happened. But it’s nothing new (a-hem, Meet The Fockers, Meet The Parents). And by its predictable end I had decided Why Him? was one of the biggest wastes of time of actually visting the cinema itself. Thank god I have the Cineworld Unlimited Card.
So, I refuse to spend any more time than is absolutely necessary talking about it. See following bulletpoints for further details: 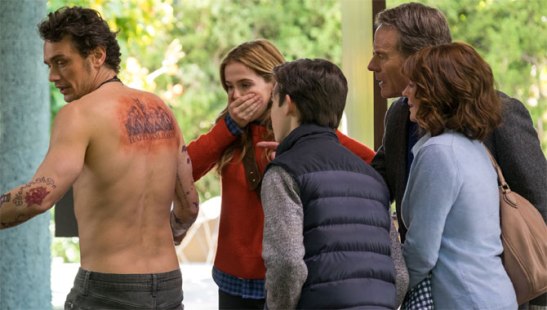 One or two lines dropped by characters who weren’t the leads (funny, that) made perfect laugh-out-loud moments. At least two backing cast are gems amongst shit as they offer dialogue that is genuinely funny to hear.

I honesty cannot think of anything else.

Plot is a recycled idea, used by so many movies before this one. It is also highly predictable, culminating in the classic ‘moderately happy ending’.

Girl (somehow) adores the weird guy. Introduces guy to parents.
Parents hate him.
Girl’s younger brother likes him.
Guy does something an hour or so later in the movie which impresses parents.
Suddenly parents think, “aah, he’s not all bad!” and decide he is now the perfect match for their daughter.
Girl and guy become fully partnered, parents are now content.
Yes – it really is that predictable. 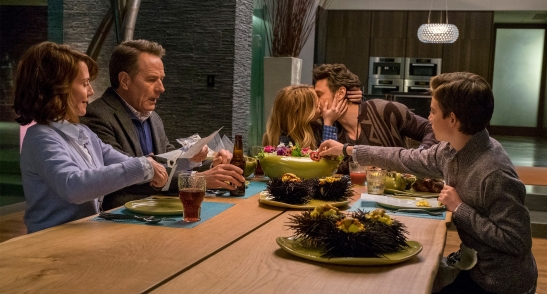 Although previously warned by girl to behave nicely, guy somehow forgets they had this conversation and doesn’t just behave like he normally does when alone with girl – but worse for some reason, as though wanting to unimpress his potential in-laws.

Movie includes incredibly cliché lines such as, “be youself – no – be yourself but different”, “they’re gonna love you!”, and the ominous, “we have to make them love you as much as I do”, as well as “give him a chance honey”, etc.)

Unfortunately, once the lead character and her boyfriend are through the front door of her parents house, another door firmly closes on the outside world and the movie literally takes place in her parents house – nowhere else – and focuses purely on the petty issue between ‘him and them’. Think Big Brother, only more tedious. 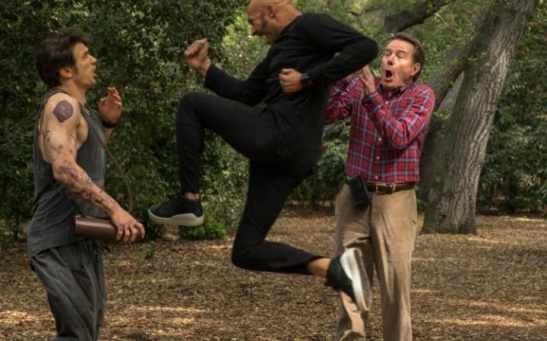 Why Him? is just not worth the bother, in every aspect. Lazily directed, poorly scripted, and very, very unfunny. If you’re stood in a rental store with your hand moving slowly along the ‘W’ section.. keep it moving along to the end of the alphabet. Because if you select this off the shelf, you’re a bloody fool.
Harsh but fair.
Avoid at all costs.