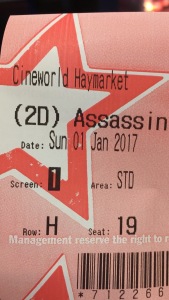 When Callum Lynch explores the memories of his ancestor Aguilar and gains the skills of a Master Assassin, he discovers he is a descendant of the secret Assassins society. 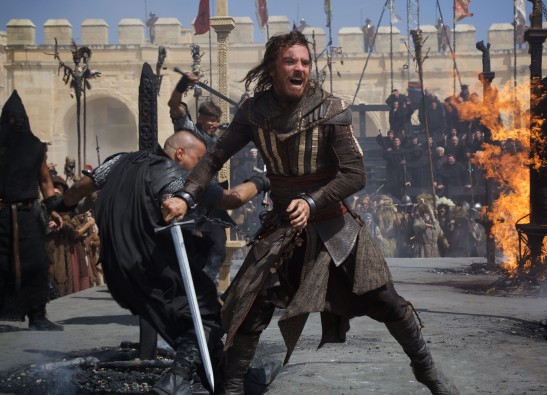 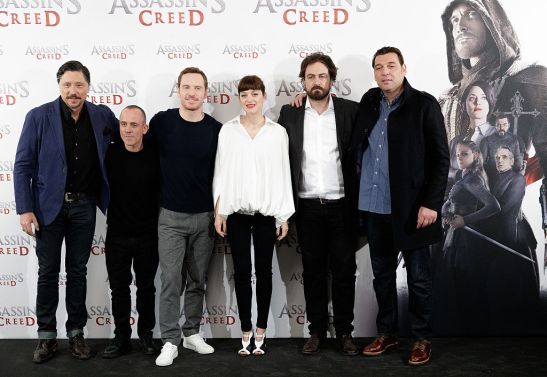 This is honestly one of THE WORST movies I have seen in years. I can barely bring myself to pen a review for it, but I will sure as hell try.

Assassin’s Creed has scored 18% on Rotten Tomatoes. Enough said.
I can just imagine Fassbender being approached by the producers of this movie, and excitedly agreeing to taking part – because he hasn’t been in enough movies over the last few years (I say this with full sarcasm). But hey, here we are. Our chiseled Hollywood actor gracing he screen yet again for one of his most terrible performances. I don’t usually mind him in movies, but this production was almost unbearable.
It consists of Fassbender constantly fighting in mid-air whilst looking very aggressive. And nothing much else. Fans of the computer game will no doubt recognise or relate to particular characters and situations on screen, and should be satisfied enough with what they see.
Those viewers not as familiar with the game will probably prefer to have their tonsils removed without anesthetic than continue watching past the first two or three scenes.

Thing is, the concept is great; a man who is a direct descendant of an ancient warrior is sent back through time by reliving his relation’s genetic memories. Nice.
Adventurous.
Entertaining? Far from it. Assassin’s Creed is a perfecty polished example of the sort of movie which grasps a fascinating plot in its visual hands but shits spectacularly all over it, ensuring a good idea becomes a frigging AWFUL watch.

A little while back there was a movie released called Gods of Egypt: that movie is an example of how I feel about this one. Every element; the bland script, tedious filming direction and scene dynamics which all run on the same boring level, are just shocking. Assassin’s Creed lacks the consistent fluidity a good movie runs on, and instead chucks one scene in front of the other, and the other, and so on as though the directors knew 90% of the viewers would be familiar with the plot and its characters already just by playing the computer game, and wouldn’t give a shit how the film was constructed.

From my perspective – a person who has not come into contact with the game itself, this movie was almost excruciatingly boring to watch. One of those features where you sit, arms folded in front of you, eyes wide staring at the cinema screen, thinking about something completely different..

..is that Starbucks on Shaftesbury Avenue still there?

..do I need to do a food shop en route home tonight? What DO I have in the fridge?

…Andy text me last night about my ticket to Birmingham. Can’t wait for the weekend. Wonder if I should buy him a little something. That framed picture of a deer wearing a bow tie – he likes deers…

I was thinking about anything else but the tripe in front of me.
I’d phased out.
Glaring into space..

This was really not going well.
I was hating every second, and actually wished I’d not bothered coming to the cinema in the first place. 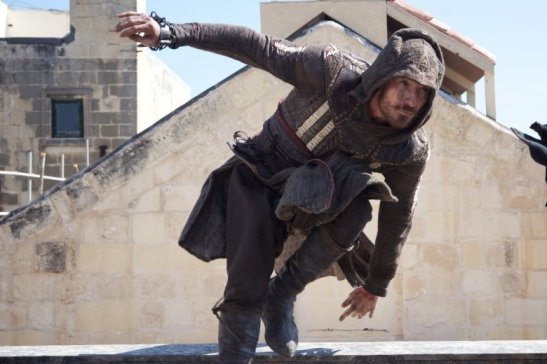 The overall concept is highly plausible. Had this movie not been derived from a famous Ubisoft video-game and been directed a lot better, I’m sure it would have made a great little watch because of its story. When I first read the intro for Assassin’s Creed I actually thought it sounded intriguing and was looking forward to seeing it.

“When Callum Lynch explores the memories of his ancestor Aguilar and gains the skills of a Master Assassin, he discovers he is a descendant of the secret Assassins society. “
(IMDb 2017).

In complete reverse, with poor direction and eye-wateringly boring scenes of men taking part in beating the crap out of each other, Assassin’s Creed was the biggest disappointment of 2017 for me. I would honestly rather eat my own testicles than sit through this movie again.
No way.
Plot – yes. But plot – shat on. 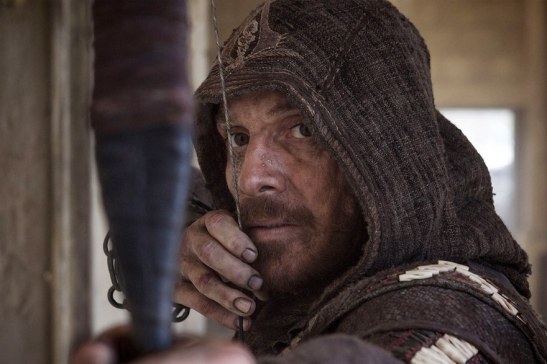 In summary, just don’t bother. Although this movie is led firmly by a very popular A-list actor, it sadly doesn’t mean it is good. Think of a feature you’ve watched where you’re very familiar with the lead actor but the feature itself is shocking.. and there you have Assassin’s Creed.
I wouldn’t sit my worst enemy down in front of this.

..or maybe I would, if I wanted him or her to endure the same painful experience I did.