Sully: Miracle on the Hudson

The story of Chesley Sullenberger, an American pilot who became a hero after landing his damaged plane on the Hudson River in order to save the flight’s passengers and crew. 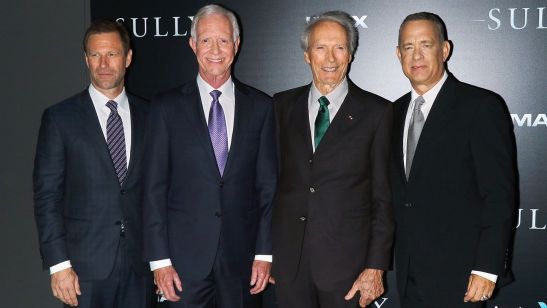 Great little movie was this.

What we have here is an action movie – turned mystery as producer Clint Eastwood (I still can’t believe that chap went into production) stirs just as much suspense into it as heavy action and spectacular graphics. On the one hand you have the true story of the US Airways 1549 aircraft as it emergency landed in the Hudson River. On the other hand it’s roaring with action, but at the same time quite brief. This is the main striking element of Sully: Miracle on the Hudson; it isn’t your standard action flick which draws itself out by use of various character stories, backgrounds, high amount of filming locations, and tearaway scenes. This movie focuses purely on the pilot himself during the aftermath of the crash:

We see Sully wake up in a hotel room and his personal anguish at dealing with what just happened. Hanks plays this very well, displaying an energetic, believable performance. Ok it may be slightly bland like most of his other portrayals in Hollywood, but it works. And he fits into the story perfectly.

We then see events unfolding prior to the crash (random people going about their business in airport lounges, stopping to purchase last-minute gifts, etc. – the passengers, basically). These swift scenes are good. They create a strange excitement – in the most non-terrorist way obviously. But the bustling sense of unsuspecting people grabbing their bags and running excitedly for the flight that was about to leave was excellent, and made way for intrigue to seep through and take over.

I was impressed by how this direct focus radiated a constant air of adrenaline. Sully: Miracle on the Hudson was nicely shot and its structure was formed heavily by the steady build-up of tension – and it nailed it too.
So with the brief passenger-character introductions including funny young gentlemen, moany old women, etc. (it’s a right mix), Hanks’s robust performance of a traumatised family man trying to deal with what he just did, and some neat special effects which involve a hallucination of an airplane dropping out of the sky and smashing into the buildings of New York, this movie was set up for a good show.
And then came Chesley’s judgement day…

Probably the most pivotal scene in the movie, the moment Sully is summoned to court is gripping from start to finish.
Again, Hanks is on top form as he portrays the pilot who had to land his aircraft in the Hudson. Extremely simple in terms of plot, you’d wonder why something like this would be so entertaining. But by throwing some light comedy into the drama, the producers ensure a watchable piece of cinema. The auditorium was silent during the moment of Sully’s surprising revelation. Then there was laughter at the sarcasm the character directs at the US officials.
This movie was turning out to be, actually, not bad at all.

The trial scene is short and snappy too, which lends nicely to the consistency of the movie. Top marks here for not getting lost in its own story or creating long, piss-boring scenes. Win. 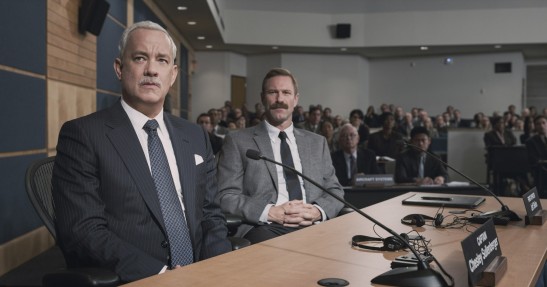 So what went wrong with this movie?

The only negative element I can pick up on with Sully: Miracle on the Hudson is the fact it is quite short and not as enthralling as many other recent Hollywood blockbusters. You know (if you’re familiar with the true story) what is going to happen – and it does.
There are no surprises other than the dynamics Hanks and the producers stir into the mix, you’re therefore left with a bite-sized production which serves as more of a documentary.

I was slightly baffled at one point; a TV news broadcaster stands documenting the events unfolding around her, and happens to mention that the Hudson river is “extremely cold, at thirty-six degrees” (or similar to this). I thought 36 degrees was quite warm personally (I put my laundry on 40) but hey – another of Hollywood’s movie mysteries. 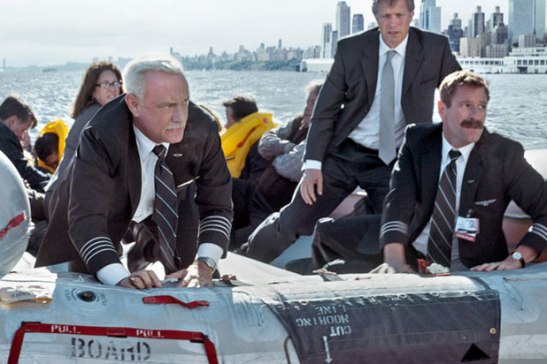 Sully: Miracle on the Hudson isn’t bad at all. Its solid structure and gripping story make for a great watch. And although a short movie, its bite-sized length means its the perfect gem before you move on to another film; a warm-up if you will.
I honestly was not expecting this movie to be as entertaining as it was, so this wins points with me. And for what it is, Sully: Miracle on the Hudson contains enough cast talent, fantastic visuals and dramatic scenes to keep even your grandmother on the edge of her seat.
(that’s if her haemorrhoids already haven’t).

This entry was posted on January 7, 2017 by rickysfilmreviews.