In 1942, a Canadian intelligence officer in North Africa encounters a female French Resistance fighter on a deadly mission behind enemy lines. When they reunite in London, their relationship is tested by the pressures of war.

This movie is wonderfully 40’s. It radiates a terrifically Churchillian (if that’s not a phrase, I have now invented it) vibe for its 122-minute duration. The set – complete with 1940’s motor vehicles and London townhouses – is superb. The costumes – long flowing gowns and sparkling jewellery, authentic soldier uniforms and naval pilot bomber jackets – are lush. Even the person in charge of hair on set did a good job, every element of this movie’s theme was nailed.
I can’t fault the portrayal of life during World War 2; the lead actors and backing cast deliver the goods as effectively as they can – it makes very believable stuff.

One scene involving miltary aircraft was quite freaky, but very good.
As Max and Marianne are stood in their garden, an airplane up out in the distance glides in to view. It then gets shot by the Army. And begins its descent towards the earth..

Like something from a dream that would scare the utter shit out of you (and probably make you wake up feeling weird), the aircraft swoops directly towards the couple and their baby. Cue wide-eyed facial expressions before they peg it back indoors (but was this a good idea?..) as the flaming plane nose-dives right for their property.
The aircraft’s wings sticking out of a ball of raging fire as it violently spirals towards the ground is brilliant, adding a dash of dread to what started as a subtle scene. The movie’s dynamics are split perfectly here as Allied hops from slow romance to exciting action flick in seconds. Although don’t get your hopes up – it is only this scene which brings the action; the rest of the movie is pretty standard.

So, the visuals used here to illustrate bombings, explosions, etc. are pretty darn great. Highly effective stuff. I can imagine in IMAX or decent 3D they’d be even better.
Points won. 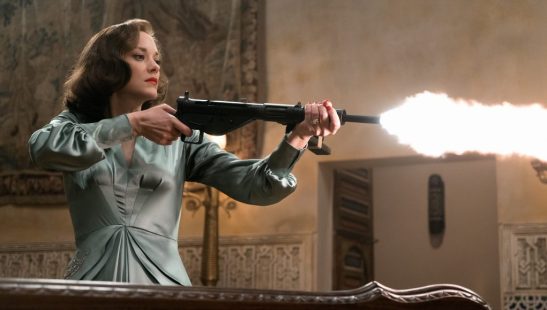 Allied could have been so much more emotional towards its tragic end. Its swift way of rounding things up – and ending – watered down any sort of genuine feeling, which wasn’t great given the final scene between the doomed couple.
What could have been heartbreaking was nothing more than subtle; the way in which one of them says goodbye omitted more of a vibe of disappointment than sadness. 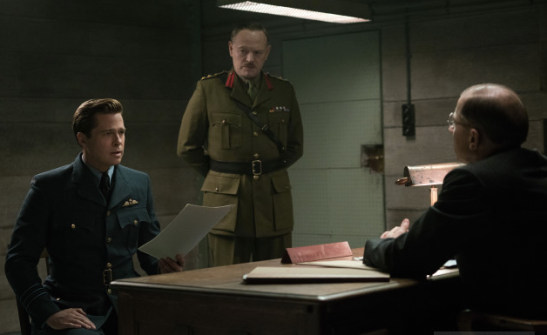 The character writes a letter to their daughter to say goodbye, and as they narrated what they were writing over the top of the movie I suddenly realised I couldn’t give a shit about what was happening. This character was closing the movie with a tragic letter, and yet there was hardly any feeling in it. Diet Coke rather than Coke, you know – a diluted product containing less of a buzz than I’d hoped. The emotion / sadness was extremely toned down resulting in less, “goodbye darling”, more “laters honey”. Was it just me who found the closing scene very rushed and unengaging? I felt cheated out of a tearjerker moment.
Points lost. 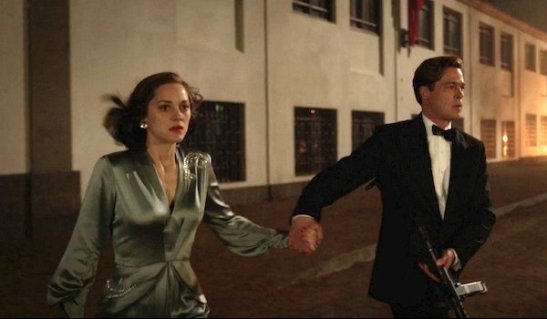 Allied wasn’t as dull as I thought it would be. When I first heard about its plot and the era it was set in then thought about the genre, I wasn’t looking forward to sitting through it.
But on the contrary, this movie was entertaining enough. Visuals, set and costume all complemented a simple story which moved at a good pace. War time productions run the risk of being boring as sin, but Allied was not. I think it saved itself from this with nicely constructed scenes which didn’t stray too far from the point. Avoiding the dreary bullshit most movies of this genre contain, it presents characters – delivers the action – arrives at its conclusion.
I thought Fury (2014) would be dire, but that too wasn’t overly bad. Also a war time story with Pitt as the lead role. Funny, that. The man seems to excel in militant dramas at the moment.

Cortillard does well at delivering the sultry sly wife, although there is something slightly pretentious about the woman. It was as though she was just thrown by a producer into one of her first biggest Hollywood roles, and everyone knew it including her. And given the saucy press regarding her and Pitt’s ‘rather close’ relationship, this added to the pretence. But I wasn’t feeling her enthusiasm. Like hip people say nowadays – she really wasn’t ‘all that’. 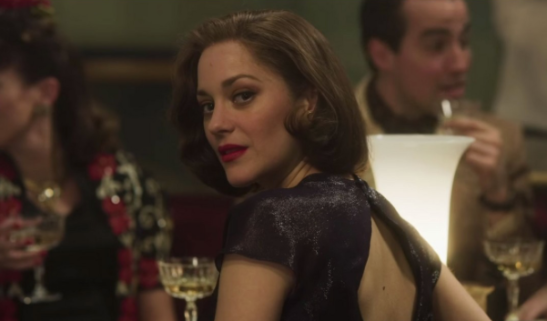 Allied isn’t a bad little movie – but it’s not groundbreaking.
Although centered around World War 2 and its tribulations, the feature opens – shit happens – then closes. And as mentioned above, it’s that whole closing scene which does nothing to heighten the emotion as the movie finishes up and feels much less captivating than it should. Not good.

I wouldn’t pay to watch this movie, it’s definitely a ‘for free’ type thing. It’s not bad, but it’s not brilliant. And sadly, it’s largely forgettable (apart from the hunky pilot halfway through of course, keep your eye out for that peach).

Oh, and the issue of Marianne.. 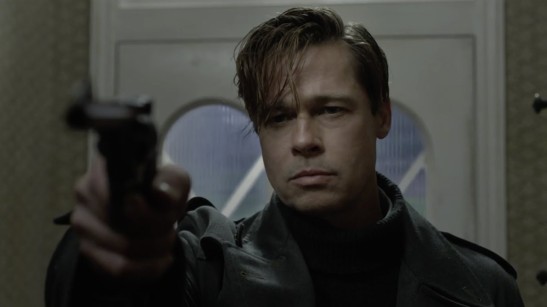 This entry was posted on December 18, 2016 by rickysfilmreviews.