The CIA’s most dangerous former operative is drawn out of hiding to uncover more explosive truths about his past.

So here we are. The fifth instalment in the Bourne series. Bit weird, having Damon play out three films – Jeremy Renner then replace him as the lead role – then Damon return to pick up his role again, as if Renner was completely pointless.
But still, I sat back and prepared to be hit with a load of fighty, boyish crap..

..which I really enjoyed.

Jason Bourne took me by surprise with how entertaining it was overall. Matt Damon swings his way back into the picture with some moody confrontational moments, and one hell of a breathtaking motorcycle dash through a Greece suburb. In fact, it’s this dash that really stands out for me – a highlight of Jason Bourne that went on for so long it became wonderfully, ridiculously enjoyable. And although she remains incredibly plain to me (and that face – it’s like a cat who pawed hydrocortisone over its face and came up in an allergic reaction), Stiles is a great addition to the cast. 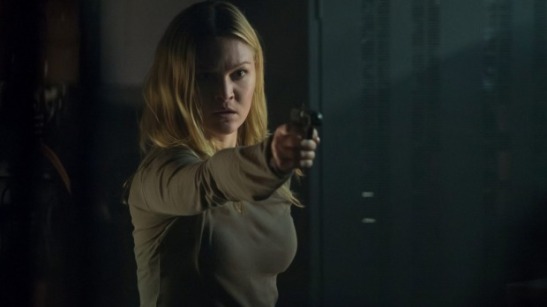 From her first scene she brings a great tension; the look on her face the moment she blows up a computer network in true ‘fuck you’ fashion made me think, “yeah, bitch”.
As Nicky zigzags through Greek streets dodging bad guys perfectly, I thought, “go bitch!”.
However, when she dangerously comes off the back of Bourne’s motorcycle I thought, “poor bitch”.
In all seriousness though, Stiles gives a steady, passionate performance for all of her short screen time which splits up the dynamics of Jason Bourne nicely.

A good percentage of this movie made me FOL (fuck out loud).
You know when you’re sat there absorbed in something and suddenly say, “fuck!” out loud in reaction to what just happened on screen? Well that’s FOL I have decided. And yes, Jason Bourne contained such moments. Whether it’s the main man himself falling violently from a tall building, a packed room of unsuspecting people falling prey to terrorism, or fast-paced chases through a city, there is more than enough action in this movie to satisfy fans of such a genre. The tensity is spot-on and won’t disappoint fans of the Bourne franchise either. 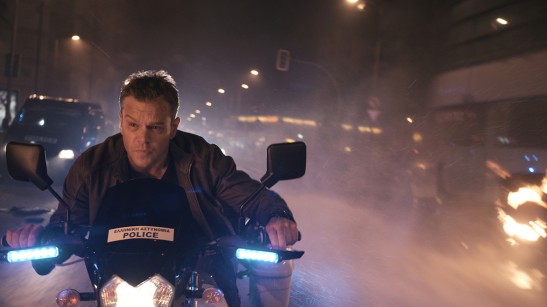 This movie – in some respects – is just your classic action flick. Testosterone seizes control as speeding vehicles, men shouting “son of a bitch”, women shouting nothing, terrorist explosions, computer geniuses, and bent government officials pour out of the screen in heavy doses. And this action seems to flow full throttle until the movie’s ending, when everything comes to an abrupt end. So, don’t like action flicks? Steer clear of this one.

Jason Bourne, 2016. Not one of my all time favourite movies, but certainly entertaining enough to keep my eyes firmly on the screen for 121 minutes. It combines slick, speedy action with some great tense scenes between characters. And it’s part of the Bourne series – so if you’re a fan of it, I do recommend you give it a go.
Worth a watch on a Saturday night when there’s nothing else on any other channel.

This entry was posted on August 20, 2016 by rickysfilmreviews.