A cryptic message from Bond’s past sends him on a trail to uncover a sinister organization. While M battles political forces to keep the secret service alive, Bond peels back the layers of deceit to reveal the terrible truth behind SPECTRE. 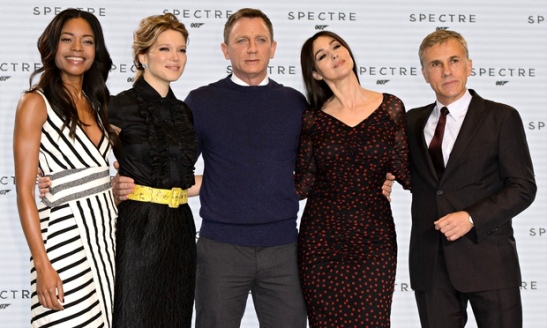 Before the movie even started, I assumed Spectre would consist of the following cliché, predictable shit we’ve all seen in previous Bond movies and many others in the same category:

Female love interest who Bond just has to nail, regardless of whether there’s any attraction or not.

The female love interest throwing a strop and screaming at Bond to leave her out of his dangerous antics, and that she never wants to see him again. And that she hates him.
(..she then returns minutes later and joins his side).

At some point the main enemy Bond has to face sits on a chair, and rekindles him with a tale based around either of their childhood or past, or describing what is going to happen to Bond by way of telling some bizarre story which could have been summed up in a single phrase.

Not just speeding modes of transport, but the transport being mangled in some way – I.E. doors flying off, wings snapping, etc.

Bond being (very securely) fastened to a chair, yet still being able to escape due to the thick steel handcuffs being the consistency of paper. Also, those who tied him up clearly thought it unnecessary to remove any slick agent escape devices he was wearing, thus giving him a sporting chance at escape. And a serious lack of guard presence.

I know it’s only a movie. But for fuck sake, Spectre lived up to the cliché standard of a typical action movie where the tough becomes smooth in the end, the guy gets the girl, the enemy and his plan is thwarted, etc. I don’t want to take the fun out of it, but at the same time I have to be realistic. And my main observation of this movie is that it’s nothing new. Nothing most of us haven’t seen before. And it sorely lacks any originality. Spectre was so far from refreshing that as I sat there watching, I literally knew what was coming next – in every scene. Fast paced or not, it was a predictable piece of cinema with any intrigue and suspense removed. And as such, I exited the cinema emotionless. Feeling nothing at all. Depending on the movie I’ve left the cinema crying, feeling thoroughly entertained after laughing so much, freaked out, etc. But Spectre left me void of any reaction whatsoever; I sat down, watched it, and left.
The movie faded almost immediately as I started to check my phone to see if anyone had text whilst I was in there.

During the movie when Bond and Madeleine are aboard a train to Morocco, a short scene sees them dressed up and im the dining carriage surrounded by fellow passengers.
The henchman who has been following them bursts into the carriage and starts a fight.
All the other passengers have disappeared.
Gone. And not in a staggered ’emergency exit’-type way either, the other passengers literally vanish into thin air as though it was only Bond and Madeline there to begin with. And just to add to the bizarre event, Bond finishes up his fight with the huge henchman – and then fucks Madeleine. That’s right, after almost being killed the first thing on the agent’s mind is, “must use my penis..”.
I think I was sat with my arms folded during all this, wondering if I needed to go to the supermarket and do a food shop the next day. Which, going by Seydoux’s frequent spaced-out facial expressions, is probably the sort of thing she sat thinking whilst filming was going on.

One thing I hate about movies such as Spectre is how the general public ham it up, make out that it’s going to be epic. Radio stations play snippets and announce in that classic dramatic American voice, “the BEST Bond ever made”. Adverts for it on television are played frequently. Magazine articles give it five stars even though those rating it and indeed, the publishers themselves probably didn’t think much of it.
This is just awful, because then viewers might go along to the cinema with a total misconception of the movie. 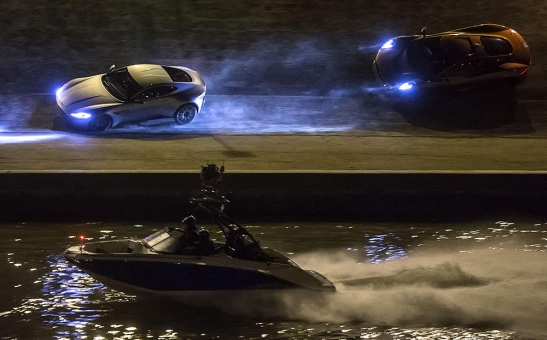 There was speculation around Sam Smith’s Writing’s On The Wall; I read a few things about it in the newspaper – would it live up to Adele’s Skyfall, etc.?
Although a nice tune, it isn’t a patch on Skyfall at all. It is nowhere near as good. And somehow, it felt as though Spectre only used a bit of it for the opening credits, it didn’t feel as lengthy or engaging as Skyfall. The credits began – Smith gets a chorus or two played – the credits finish.

It’s a nice song. But Skyfall is better. 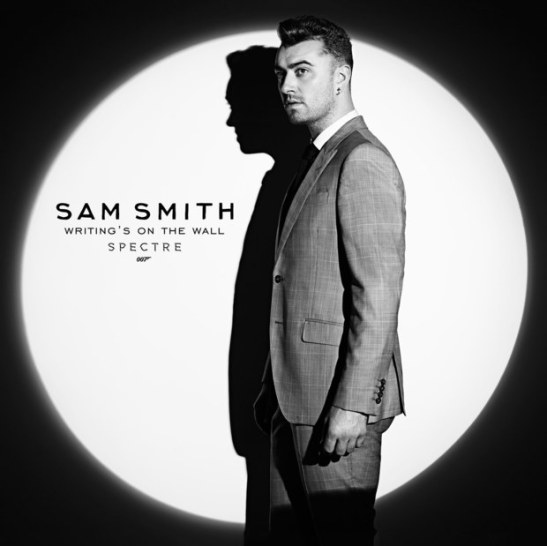 I’m ending my review right here. Mainly because I don’t know what else I can possibly comment on. Spectre is a Bond film, what more is there to describe?
If you’re a dedicated fan of the films I have absolutely no doubt that you’ll enjoy this installment. It opens with a nifty helicopter fight which uses some nice dizzying visuals. Bond acquires a super-fast car in which he speeds around. There are one or two sarcastic one-liner’s which may get you chuckling. And a Bond Girl played by an actress who couldn’t be further from the sultry, feminine personality needed for a role such as this.

Bond’s sworn enemy (Waltz) brings a sinister feel to the screen which is good, but seems to get minimal screen time in which he pops in, then out again.
I wouldn’t fall over yourself to see this movie. And to be honest, I wouldn’t pay to see it either. I can only assume it’s been quite popular in cinemas due to how much publicity it’s had – and even then there’s something not quite as exciting about this one as its previous movies when you see Daniel Craig standing on the poster holding a little pistol.
Spectre doesn’t ring many bells in advertisements and certainly doesn’t live up to standard on the big screen.
Predictable, uninspiring, unnecessary.
I’ve had more fun putting my underwear on.

This entry was posted on November 9, 2015 by rickysfilmreviews.