70-year-old widower Ben Whittaker has discovered that retirement isn’t all it’s cracked up to be. Seizing an opportunity to get back in the game, he becomes a senior intern at an online fashion site, founded and run by Jules Ostin. 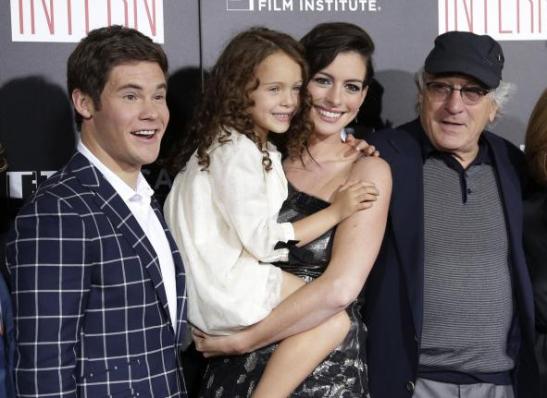 Trust me – if you’ve seen the trailer for The Intern, you’ve seen the whole movie.
It’s one of those.
I actually wondered why they bothered releasing it; in the trailer you see Ben apply for and secure an internship at a top fashion company. You then see Jules (Hathaway) meet him, find him a bit strange, but then warm to him later on. The trailer then shows how the pair’s relationship develops as they shift from strangers to friends and she starts to consider him a comforting influence on her life.

This is what happens in the movie. Seriously, Hollywood should have left the trailer as a short film played before a main feature you’ve gone to see. Which was a bad thing too, because all the gags, wisecracks, the confrontations.. you see them all before you see the movie. Thus diluting it massively as you sit there, knowing what to expect before it’s been said. And as a result, I was bored rigid just a few minutes in. But not just that, I found myself wincing slightly at incredibly cringeworthy dialogue and performances delivered by the main cast. Quite literally every other line was slushy or tacky, and surrounded by tinkling cheesy music. Sitting through The Intern was almost nauseating, I disliked it massively.
BUT – as a critic, I need to bring you the good and bad so here we go.. 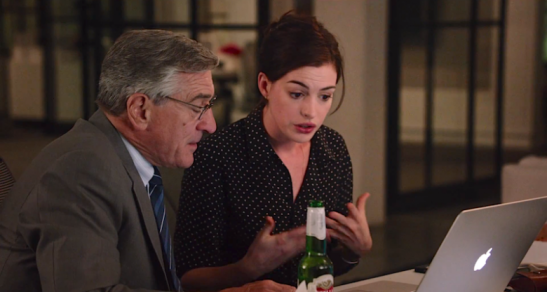 I think the best element of this movie is the whole ‘old man meets young woman’. The producers did it well; portraying the vast age and experience differences between Ben and Jules. He’s old, she’s young. He’s had a lifetime of valuable experiences, she’s just starting out. He’s been there done that, she hasn’t.
Watching the two characters come together was sweet, almost heart-warming. Especially with how big the age gap was. Then again, if it worked for Michael Douglas and Catherine.. 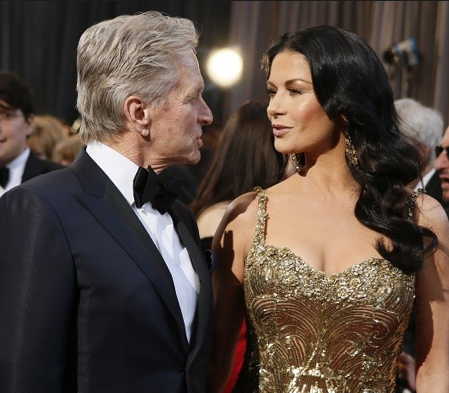 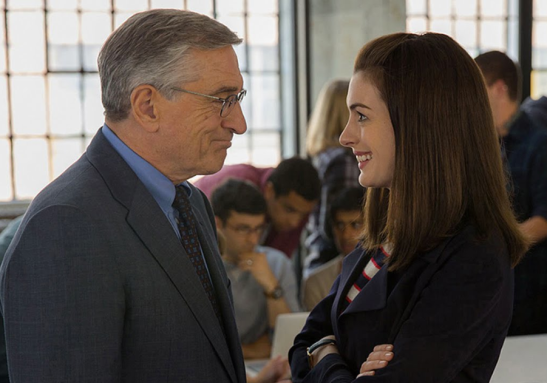 The on-screen chemistry between Hathaway and De Niro was pretty much flawless, the actors worked well together. And bringing the age gap into it mean’t the barriers went up; her giving him awkward glances whenever he acted like a total gentleman, or he not quite being able to understand some of the things she did, etc. There were moments that were actually rather funny and it was down to circumstance. For example, Ben not being able to switch an Apple Mac computer on. These moments did make me giggle, I will admit. Who wouldn’t laugh at an old chap not knowing shit from clay when it came to technology?
So I didn’t like The Intern, but these elements definitely made up the best moments of it. 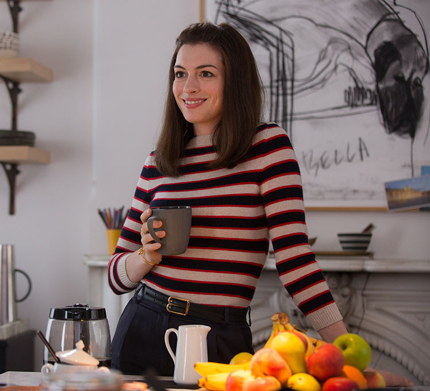 What irritated me most about this movie was how far-fetched Ben’s personality was portrayed. Usually, the term ‘far-fetched’ would be used to describe an abnormal or incredible situation – but sadly, in this movie’s case, it fits perfectly to describe Ben’s influence on other people throughout The Intern.
My first example is the scene where he drives Jules to a business meeting; as she’s getting ready in the office Ben looks out the window at her car on the street below. And spots the driver stood next to it, drinking alcohol from a bottle. He then goes down and approaches the driver, reprimanding him for his actions. 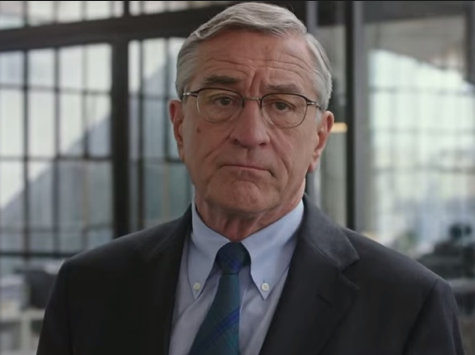 Now, any other thirty-something man would literally tell a seventy-something man to piss off, would he not?
Not this chump. Buckling under the intense (there is no intense – at all) pressure of an old man, the driver refuses to drive Jules when she arrives at the car, and skulks away looking shameful.
I do not condone drink-driving at all, but my point is this scene was cringeworthy to the extreme, painting the old man as some sort of bloody hero when really, in real life, this just wouldn’t happen with most people.
Scenes such as this were so far-fetched they actually annoyed me. This is one of those movies.

Another scene sees Ben and a few of his work colleagues break into the house of Jules’ mother in order to retrieve a laptop. Fine, the scene contained the ingredients to be humorous but something about it was very un-funny. Watching De Niro flap around someone’s house with a bunch of guys about fifty years younger than him was just stupid, and in reverse – not overly funny. Surreal almost. Like watching Brian Blessed and Justin Beiber rob a supermarket.

With tacky dialogue and one-liner’s, and many irrelevant characters who seem to clog up the screen rather than add any quality to the movie, The Intern is just awful. It seems to thrive on its own ability to remain consistently tacky, throwing as many silly scenarios at the viewer as possible.
And there are so many random characters that the movie seems to split off into different directions with each one – or pair, causing a messy mix of crap.

Although driving the movie forward with an effective performance and those trademark ‘soppy puppy’ facial expressions, Anne Hathaway just doesn’t quite pull off the comedy. The woman is capable of delivering witty lines and wide-eyed facial expressions, but she’s just not funny enough. There’s something about her acting skill that limits her comedic ability. Perhaps she’s cut out purely for more dramatic stories.

The only good thing about The Intern was the age gap between the male and female leads (as mentioned above). Otherwise, you’re in for a cringeworthy, improbable 119 minutes of complete shit.
Harsh but true.

This entry was posted on October 11, 2015 by rickysfilmreviews.