The friendship between two life-long girlfriends is put to the test when one starts a family and the other falls ill.

Miss You Already had me frowning for about 60% of its screen time, due to the tedious way it jumped from one woman to other almost every other minute and in particular – the style of humour used throughout.
This movie seemed to excel at extinguishing seriousness between characters instantly by having them shatter the atmosphere with random jokes or dialogue that was supposed to be funny. For example, one scene where Jess and Jago are on their houseboat talking about their baby. Conversation leads to confrontation as Jago explodes and begins an argument. To which Jess reacts – and then Jago randomly cracks a joke as though he was never angry in the first place.

I sat there wondering what the producer was trying to achieve, having dramatic moments nicely shat on by stupid humour and joking around. It wasn’t great. In fact, it almost mirrored one of those classic American TV sitcoms like Friends; two of the lead characters sharing a deadly serious or emotional moment.. before another character bursts through the door and delivers a line that makes the audience roar with laughter.
Moment shattered, the seriousness turns into silliness. And this was Miss You Already‘s biggest failure; being confused about the direction it was heading in – comedy or drama. I am aware you can balance the two, but this was more of a producer’s drawing board instead of finished article. Had the dramatic moments stayed dramatic, I probably would have been in tears and appreciated it more.

This movie is what I refer to as ‘messy’. One of those features that jumps constantly from one scene to another, many of them containing a jumble of characters, settings or scenarios. Take Bridesmaids (2011) for example; although delivering some great entertaining moments, the consistency of the movie itself was messy. The director tried to cram as much funny stuff as physically possible in at the same time as dragging it out, and the movie should have ended way before it actually did.
The fact this movie jumps in and out of the two women’s lives so quickly and disjointedly means Miss You Already has a broken structure, which is a shame. It could have been much better than it was. 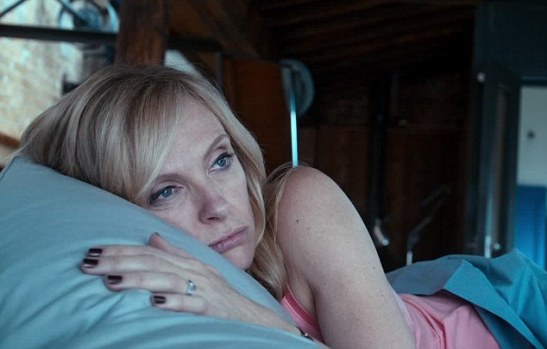 Sadly, there were only three or four laugh-out-loud moments during the 110 minutes of screen time this movie had. Collette was the main bringer of banter which usually ended with a sarcastic one-liner; but it was one specific line she delivered which had the audience laughing out loud heartily.
When Milly and Jess stand discussing chemotherapy and the fact Milly will lose her full head of hair, Jess tries to reassure her friend everything will be fine – even if she ends up bald. Milly then comments negatively about being bald, saying, “..men are bald, babies are bald, E.T..”.

Drew Barrymore starred in E.T. when she was about six years old.
She is now forty years old.
This struck a chord with those audience members familiar with her performance in E.T. and had them laughing. Even I did, the comment was incredibly apt – one of those ‘I wonder what the actress thought of that’ moments.
Very good. 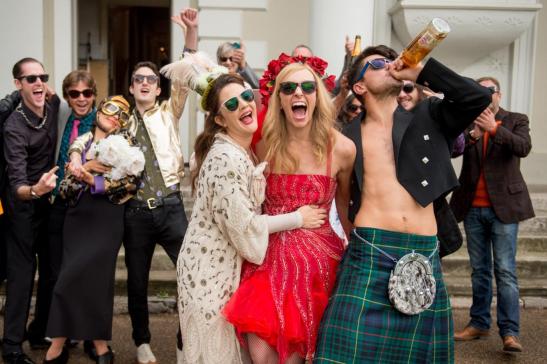 What this movie excels at is portraying the close relationship between two friends however dramatic the story gets.
Barrymore and Collette do a fantastic job of bringing the two characters to life on screen, and make a very believable pair. Their time together sees them either taking part in random drunken antics, or sitting and chatting intimately over a coffee, or coming together at times of need or celebration. The chemistry between the pair is excellent (although bordering slightly on lesbianism when you see interviews with the pair in real life), they radiate a genuine atmosphere of two best friends. This aspect of the movie does good.

Don’t be upset if you miss Miss You Already, it isn’t a groundbreaking attempt at cinema. Although it carries the serious theme of cancer, it isn’t something I would want to watch again. Its positives are exposing the health issue and showing how victims and their families deal with it, as well as displaying a friendship so closely (slightly overpowering at times) that the movie almost allows its audience to feel what the characters feel. Every laugh, every tear, viewers are right there amongst the explicit action constantly.
Its negatives are that the movie is practically a – what the Americans call – yard sale of messy scenes, and some tediously boring moments. As explained above, Miss You Already was disjointed in parts and sent the story spiralling into the background whilst the director played with locations and cheap gags. Jumping from one place to another, one person to the other bored me and in the end, I knew what was coming – I just wanted it to happen quickly so the movie would end and I could leave.

Miss You Already is not worth paying to see.
When and if available for free, give it a go.

This entry was posted on October 1, 2015 by rickysfilmreviews.