Two first year students at Oxford University find themselves drawn into a group known as The Riot Club. Known for the exquisite calibre of its members, this group seems to be the perfect way of settling into university. Soon enough, the boys seem to be the most respected students at Oxford with life in the palms of their hands.

Until the night The Riot Club hold a dinner party in their honour at a nearby pub.
Because as the night takes a sinister turn, events begin to spiral out of control. And the two newest recruits are going to wish they’d never joined the Club at all.. 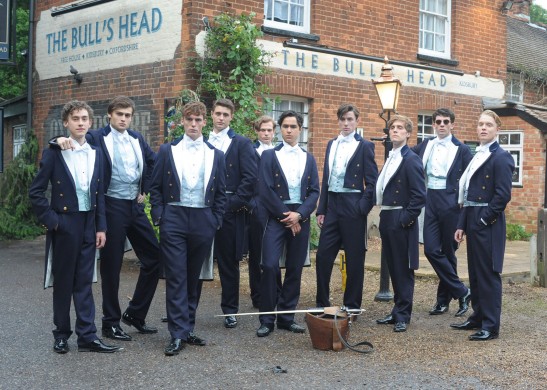 What a jolly good watch! I thoroughly enjoyed that.
Why? Because it was fascinating, observing the lives of a race of people so diverse that they came across like some sort of alien congregation. The clothing, the language (and articulation), the attitude.. were all fantastically funny. I loved every second. Ok, so I grew up in a middle-class environment where myself and my friends / relatives weren’t as lashed with the whip of stature as higher, upper class people so therefore I’m going to find this class of people funny aren’t I. I have no idea exactly how these tightly-postured, snobby people are behind closed doors, but whenever I come into contact with such people, it fascinates me how their worlds are built around money. Tailored clothing. And owning massive houses or vehicles not by hard work, but by doing absolutely nothing.

The Riot Club was a peek behind the dormitory door of a group of Oxford University students on their way up to this level of adulthood, which gives us a delicious up-close dose of ‘posh boy’ antics. Some of which are shocking, whereby the lads – when it really comes down to it – are no better than the lower class people they sneer at. This lot sniff drugs (like the lower classes), drink until they cannot stand (again, like lower class), hire prostitutes, race cars through the streets.. like the lower classes. Ultimately, they are lower class people – disguised by money, hidden behind crisp shirts and bow ties, therefore giving them the power to shrug it off.

This is a movie of the journey from class to brass, and I had my eyes on the screen the entire time. I smirked at the boys’ attitudes, cringed at their rose-tinted outlook on life, laughed at the things they came out with, tutted at the drunken mishaps taking place.. there was so much to keep me entertained throughout this movie, I really enjoyed it. Before I went to see The Riot Club, I assumed it would be one of those lengthy features that focus on long corridor walks and boring library scenes – it turned out to be something different. An entertaining and watchable piece of drama, supported by a very talented cast. These elements score points from me.

The poster for this movie gave me a flicker of excitement; when I looked at it, I could feel the testosterone coursing through my veins as I noticed chiseled jaw lines and aggressive facial expressions. This bunch of toff totty were sure to serve up a platter of juicy sexual antics, no?

It made me laugh at certain points; how the boys were so posh and well-spoken, that they came across quite camp. Straight backs, stiff necks, yet addressing each other in ways such as, “come along mate”, they seemed like gay robots programmed to like vagina or something. Seriously, they had the ingredients of very well groomed homosexuals, yet – were straight. A prime British example would be Essex boys – skin tight jeans, impeccable quiffy hairstyles, flawless skin, bendy.. yet have girlfriends. I’m not stereotyping the men here, I’m just being observational and honest.
I love these boys.

Most of this movie was as though someone had decided to produce a reality TV show where cameras follow the everyday activities of rich kids at Oxford University. To be honest, not a lot happens – we just observe a group of “rar-de-rar” boys as they get drunk and go wild regularly. That said, the tensity is turned right up during certain scenes as the boys come to blows with each other, or people outside the Club. The main scene that stands out for me is when The Riot Club book out a private room in a local Oxford pub for a dinner evening, which goes nastily wrong. What starts as a simple faithful dinner soon erupts into absolute carnage, as with each bottle of port comes yet another confrontation. The honesty begins to flow as the boys’ true feelings about themselves and those people who look down on them surface – with terrifying consequences.
Personally, I felt this was the best scene in the movie due to the dynamics. Its a rollercoaster dinner, as the levels of tensity rise very high before calming down, and then rise slowly again..

The end of the Club dinner scene was nothing short of shocking; like rabid monkeys, the boys literally tear the place up. A cozy pub soon becomes a disaster scene as they tear wallpaper from the walls, smash ornaments and glass, break almost everything in the room. Horrific behaviour that they think they can settle with large amounts of money. Because that’s how its done. These are upmarket guys who thrive on getting roaring drunk and acting like men they wish they were. Underneath their lavish exterior, they are very insecure and angry at how others treat them – and it is this storyline which makes for compelling viewing.
I love a movie that makes me utter “oh..my..GOD” in places, gets me vocalising my reactions. Gives me a feeling of dread in the pit of my stomach as I watch hideous events unfold on screen. The Riot Club did this. Its high-level tensity and brutally honest script flowed with fantastic dynamics, I just cannot fault it. And the two main female actors nailed it, bringing even more tensity to the screen when their characters get involved with the boys – resulting in horrifying consequences.. 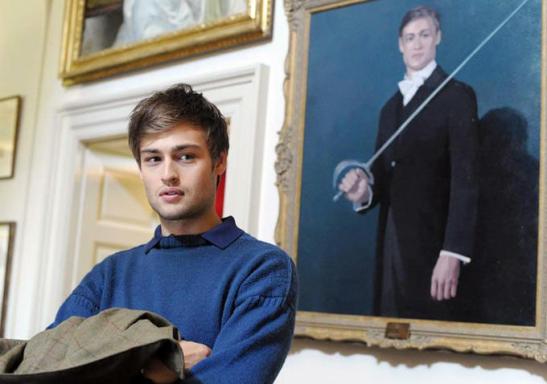 Although highly observational, The Riot Club exhibits the atmosphere of a reality TV show (as mentioned above). A few scenes go on for about three to four minutes, but literally just focus on the boys doing nothing, as if the producer sat a camera on a stool and pressed REC. Three to four minutes of watching a group of people downing pints of booze and talking shit can feel lengthy; as if watching the same scenario unfolding on an episode of Big Brother. This is what these scenes were like – reality documentary footage whereby nothing is actually happening – it’s just a load of random chit-chat between diverse personalities. Fortunately, due to this being a movie and not a reality show, the scenes were saved by racy script which had me and most other audience members laughing out loud.

Be prepared to sit through these sorts of scenes if you’re not a fan of slightly lengthy reality-style features. 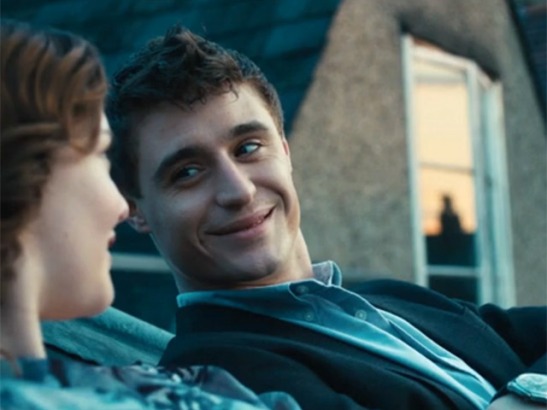 The Riot Club was certainly a riot.
It is a deliciously wicked story of well-mannered upper class men and their reckless, drunken behaviour. And of course, the effect this has on the people around them. Played out by a very strong cast, this movie kept me thoroughly entertained for its entire screen time. The men individually, are fantastic, delivering more than enough dynamic each in his own way – and you’re not short of eye candy either with a few of them being dashingly sexy.
This movie exceeded my expectations. It wasn’t as theatrical or full of dull, drawn-out  political scenes as I assumed it would be – aside from its slightly documentary style structure, its more of a ‘this is the Club – this is what happens’ feature and is definitely worth a watch if you’re wanting a snappy, slick look into the lives of rich kids.
Emotions are the main ingredient, which seem to surge through the movie constantly and create a rollercoaster of feelings such as dread, excitement, splendour, hatred, envy. The Riot Club is an emotional awakening as each man enters proper adulthood, and harsh realisations are made.

I must say after watching this, I would love to spend a week with exquisite, so-posh-its-hilarious men like these. I think we could learn a lot – from each other. Sign me up!
Didn’t think I’d like it.
Loved it.

This entry was posted on September 21, 2014 by rickysfilmreviews.