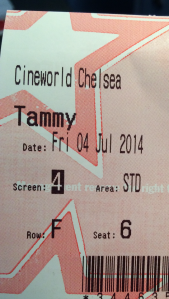 After being fired from her job, Tammy hits the road in search of a better life and new things. Nothing can get in the way of her quest. Apart from her alcoholic grandmother – because she’s joining Tammy for the ride.

..and this road trip isn’t going to be as smooth as Tammy had hoped. 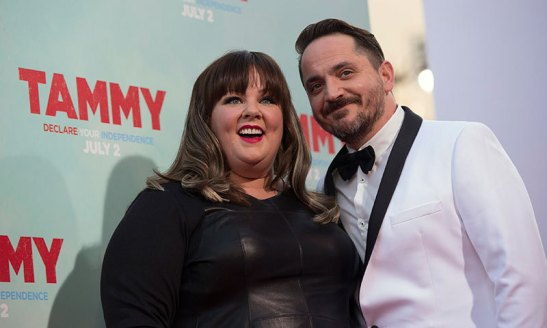 I was really looking forward to this movie. After her success in The Heat which had me howling with laughter throughout (I was unable to point out any faults about her), I was ready for another dose of Melissa. However, I was fully aware of how big a flop Identity Thief was so I was slightly weary too. The problem with Melissa McCarthy is she walks a tightrope between funny and desperate. Oh, the woman is funny – she’s a natural comedienne – the issue is if she’s put in the wrong story, the wrong movie, she comes out either on top form – or on the floor. The Heat displayed Melissa’s excellent comedic timing and stand-up comedy skills. Identity Thief simply saw her running around with frizzy hair, being smacked over the head by the lead male in an attempt at physical comedy – both differ vastly from each other, the first being brilliantly hilarious, the second being a waste of time.
And Tammy?…

..one of the worst movies I’ve had to endure this year.

My first observation is the lost humour; jokes and one-liner’s delivered by Melissa and Susan which seemed to have absolutely no effect on the audience. No laughter at all.
It was cringeworthy, having a comedian like Melissa speak a funny line – which the audience didn’t find funny. At one point in the film, Kathy Bates delivers the line, “no one should die in a lawn chair” (in reference to a character laying passed out on the garden furniture) – there was silence in the auditorium.
The ‘jokes’ missed the mark every time, and were nowhere near as effective as they could have been. I don’t think I’ve seen anything like it in a comedy before – witty lines being spoken but not receiving any laughs in return. It was dry and almost embarrassing to watch. 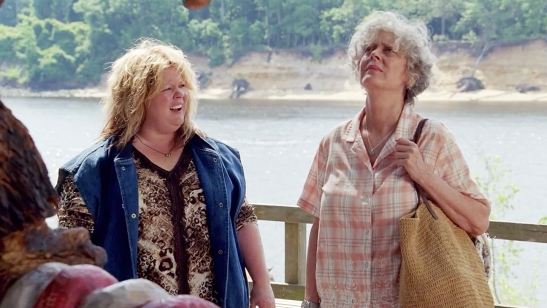 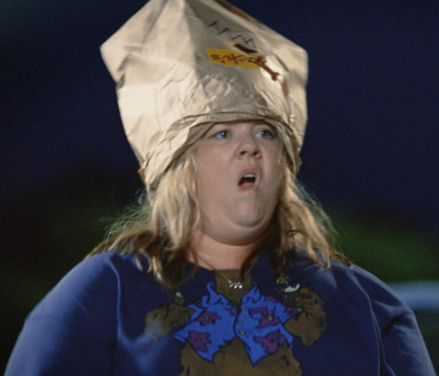 I honestly believe the reason the producers created this movie was to get a load of ‘names’ together in one place.
Kathy Bates.
Toni Collette.
Melissa McCarthy.
Susan Sarandon.
Dan Aykroyd for fuck sake.

The cast list was an eyebrow-raiser when I first saw it. I wondered what sort of parts Bates and Aykroyd would be playing, if they would be effective characters. Turned out the pair had less than seven or eight lines each, and were more or less cameo parts.
So that pissed on that one. 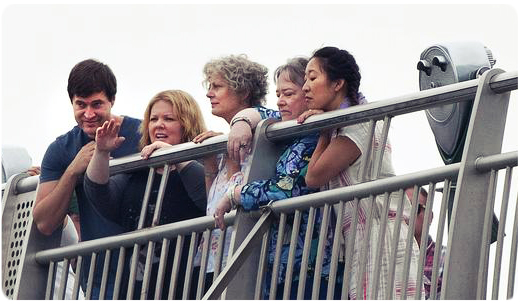 Tammy is a bunch of names thrown into the production in order to spice it up a bit, and that is all it is – the stars who are in it are literally the only spice – the overall humour fell flat on its arse. At one point, I sat watching Kathy Bates thinking to myself, “she must feel so embarrassed to be involved in a production like this” – throughout movie history the woman has shone brighter than a star; as deliciously psychotic Annie in Misery, Molly in Titanic.. and then lesbian Lenor in Tammy who throws a (completely irrelevant to the story) ‘Lesbian Fourth of July Party’.
What a bloody downfall! It had to  be the biggest step down the ladder of the woman’s career – I wanted to reach into the screen and rescue her from it all.

Without dropping a spoiler on you, one scene sees a certain character pass out and die. Tammy discovers the dead body, and a very emotional scene is portrayed where she breaks down in tears over his / hers death. Melissa’s face drops as she breaks down, tears falling down her cheeks – it was all rather emotional, I felt a deep sadness toward her character. And then I realised I might actually be starting to get into to story, empathize with her character. She stands in a house balling her eyes out, which was heartbreaking to watch. 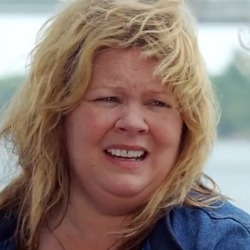 ..before all of a sudden, the male or female who ‘died’ sits up and starts mumbling and groaning under the pressure of a hangover. The scene swiftly blends into the next, where I was sat – eyes wide, mouth hanging open and frowning at what had happened.
I don’t normally take scenarios in movies personally, but having dealt with the death of a parent in my own life, it was almost insulting to watch – made worse by how unfunny it was. Written properly and delivered differently, it may have been hilarious. But Tammy jumping from heartbroken to hilarity in the same second was pointless and added to the story’s irrelevance.

When I read the synopsis of Tammy I assumed it would be a hysterical road trip; I mean, Melissa McCarthy – on the road – for most of the movie. This sounded funny. My hopes were dashed when scenes such as Tammy’s grandma (yes – grandma) picked up a stranger in a motel bar and fucked him in the back of his car happened. As well as making me feel slightly queasy, this scene in particular had no relevance, importance or need – not one audience members reacted and I’m sure most of them were as dumbfounded as I was at watching Susan Sarandon straddle an old chap on the backseat of his (second) ride.

I find it difficult to pinpoint the cause of this film’s hapless approach at comedy, but I most of it has to be down to the pairing of Sarandon and McCarthy. They’re not the usual double-act you’d see in a comedy, and it showed. Because much of the dialogue was conversational; was Tammy sat talking to her grandma about family issues etc. This was honestly the most uneventful road trip I’ve ever witnessed. I’ve had more fun in the toilet on a 6-hour coach journey from Gatwick to Manchester.

Yes. Something did go right.

Melissa’s physical comedy was great.
I know she may be typecast these days as “funny fat chick”, but it works. Let’s face it, if she were five or six stone lighter she probably wouldn’t be as effective at physical comedy (falling over, running into things, being smacked with an object, etc.) – but Melissa pulls it off nicely during Tammy. Scenes such as the fast-food joint hold-up had me sniggering as she tried hopelessly to jump the counter, and the opening scene where she suffers a run-in with a deer.

Secondly, Melissa’s acting skills are brilliant.
During this movie she displays some genuine heartfelt emotion. I love how the woman can slide so effortlessly into crying, it comes naturally to her. Just the way her face creases and her mouth drops makes me feel sad. For this she scores points, her quality of acting is admirable. 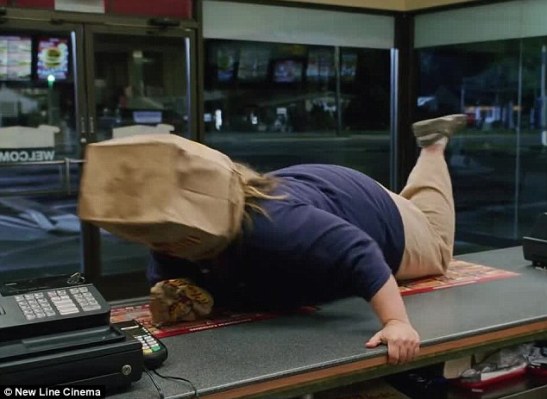 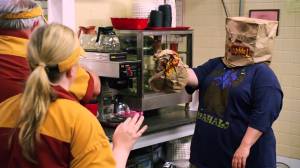 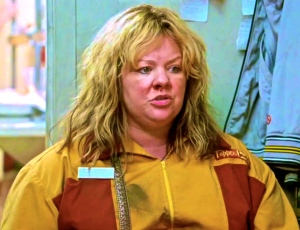 Tammy was nowhere near the standard I thought it would be.
Its attempt at being hilarious failed spectacularly, mainly due to ineffective dialogue and disjointed plot.
The director’s use of well-known memorable actors such as Bates and Collette was pointless – like delicious icing on a plate which is missing the base cake underneath it.
Sorry Melissa, you just weren’t on the ball this time.
Maybe next time, eh?

This entry was posted on July 5, 2014 by rickysfilmreviews.