The Fault In Our Stars

Hazel and Gus are two teenagers who meet and realise they share the same passions, interests and sense of humour.
The pair are deeply in love, and nothing can tear them apart.
Except it can.
And it will…

The sixth novel of author John Green (as published in January 2012) is brought to life on the big screen in an emotional display led by Divergent star Shailene Woodley. 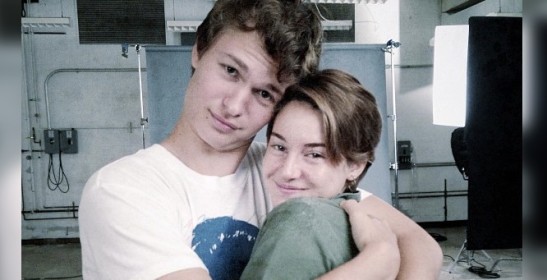 Don’t Judge A Film By Its Poster

I did. And I was proved wrong.
Before I went to see this movie, I had made up my mind that it would turn out to be cheesy bullshit – a cute guy sees past the tubes hanging out of a girl’s face and manages to fall in love with her. A tacky sob-story which focuses on a less likely of girls falling in love, and her boyfriend having to support her.
It turned out to be rather different.

The Fault In Our Stars is a modern and witty account of a cancer victim’s experiences as she meets and falls in love with a mutual sufferer. And instead of putting the character in a box and crying out for sympathy, director Josh Boone delivers a movie which tells it like it is; the raw facts and details of terminal illnesses are laid bare for the audience to understand, and the winning formula which portrayed such a sensitive subject was humour.
As the movie progresses, Hazel narrates her story, which is supported by flashback moments and re-enactments of events. She begins it all by telling the audience what her illness is and how it affects her. But she does so in a way which radiates with such a raw honesty and open sense of humour, that it is actually very sweet.
Sweet, and admirable.

My first observation of this movie is the creators don’t overcook the ‘love’ stuff. Many stories focus on nothing but, therefore becoming overpowering as it smothers its audience with kissing, lingering looks of passion, issues pulling the pair apart..

The Fault In Our Stars is the total opposite; it actually undercooks the love story in a way which shifts the focus on to other themes such as illness and friendship, and the terrifying prospect of having to face your inevitable end. These themes are highlighted and are actually quite interesting. Although the love story between Gus and Hazel is obvious, the story simply gets on with it – for example, he announces his undying love for her, and then the film continues with funny bits.
Undying – how ironic. 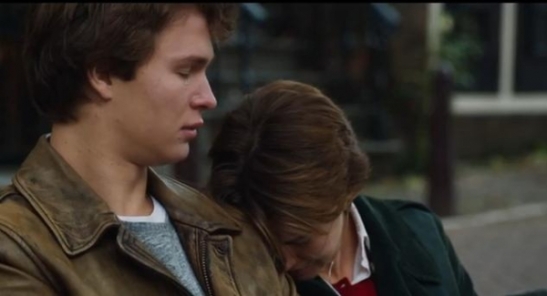 The movie is also raw. It doesn’t pull any punches when throwing statements at its audience. When Hazel joins a support group for cancer sufferers she summarises a few of the people’s illnesses in blunt but totally honest ways; she describes the group’s male leader as “..one day, they found cancer in his balls and cut it out” – and lines are uttered such as, “fuck you, cancer”.
There – that is how blasé she comes across, but at the same time her frank approach at facing such serious issues is highly admirable. I found myself warming to Hazel’s character as the movie continued because with her entertaining style of ‘laying it bare’ I felt as though I was learning more, thinking more seriously about cancer.

Towards the end of The Fault In Our Stars, I started to feel quite upset. One scene sees Hazel, Gus and their friend Isaac gather in the local church to prepare for Gus’s departure – Hazel and Isaac have both written a eulogy.
Shailene’s performance is fucking fantastic. The actress is a natural as she stands at the altar, tears running down her cheeks as she offers Gus warm words of appreciation and love. During this scene, I could hear the girl sat behind me squelching and sniffing – and someone was sobbing a few rows in front.
And suddenly, my vision turned watery..

I burst into tears.

I genuinely cried during this movie, more than I have during any other that has upset me. I wasn’t expecting such a rush of emotion, I thought this would be a load of shit centred around a tacky teenage love story that I would despise. In the end, I had nothing but the utmost respect for the writer, director and cast who brought this book to life with such powerful force.

The only thing I’d poke my stick at would be the cliché ‘love at first sight’ rubbish. I hate it, I really do – young teenage guy meets a stranger and decides within the first 48 hours that they belong together for the rest of their lives. In addition to this, Gus was extremely cheesy to the point of being irritating; scenes such as the restaurant meal, hanging out in his basement and sitting in the park together all consisted of him using very tacky one-liner’s which he spoke in an annoying, self-assuring way. Even when Hazel rolled her eyes and expressed an unimpressed reaction, Gus sat there smirking in a “yeah… she still wants me inside her” way. His confident, cocky persistence paid off though as they subsequently ended up porking each other, tubes and all.

..but then let’s face it – we see this type of guy in our own lives occasionally. The average, slightly irritating fella whose confidence cancels all this out and gets him laid.

That was my only gripe. 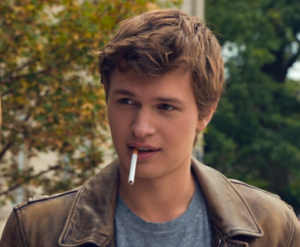 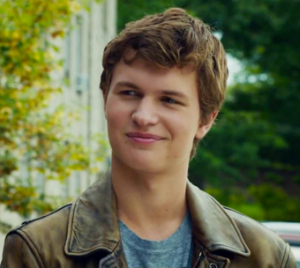 The Fault In Our Stars was the complete opposite of what I thought it would be, and this is what won me over.
It is a painfully honest, witty account of coping with cancer through the eyes of the patient herself which is actually rather educating as well as entertaining.
I would urge any cancer victim or those related to them to give this movie a go, because it breaks down the barrier between the ‘healthy’ and ‘not so healthy’, thus combining the two worlds together and delivering a story we can all respect, learn from.

The emotion portrayed in this movie is incredible, so if you’re a ‘crier’ – be prepared.

This entry was posted on June 21, 2014 by rickysfilmreviews.