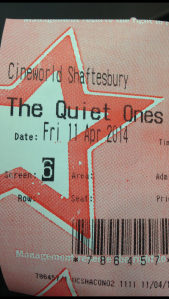 A university professor and his team of students conduct an experiment on a young woman, and uncover terrifying forces.

They’re going to wish they never began the experiment..

This movie isn’t shit-your-pants scary, but it provides a few jumps which gets the tension flowing nicely. I think there were about 2 or 3 times I genuinely jumped, which I enjoyed. The movie got me bowing my head squinting in a classic “oh shit.. something’s going to happen” fashion – which let’s face it, is a sign a movie is doing what it is supposed to.

There was one part where an “oh fuck” reaction scattered across the audience; when Krissi and Joseph are having a late-night rendezvous.. the hatch on Jane’s door is open, Krissi stood with her back against it – her hair slightly poking through. A shadow moves across the wall as if someone (or something) is crossing Jane’s room towards her..

There was a deliciously tense reaction from a few of the audience as this happened – the anticipation of Krissi being attacked – which added nicely to the atmosphere of the movie. Added to this was tension; certain parts of the movie brought tense moments – such as a character walking down a silent hallway or climbing the stairs in silence. The silence stirred a tensity in which I found myself wondering what would happen, who was about to jump out, etc.

This was an element I enjoyed. Made that bit better by a vocal audience and their reaction.

You just cannot fault the girl. She remained the backbone of this movie all the way through, displaying brilliant talent. Rightfully cast as Jane, Olivia overshadowed her fellow cast members – and not just because she was the key protagonist. Firstly, her ability to shed a tear is admirable. She delivered lines through streaming eyes for most of the movie, crying at exactly the right moments. This split her character in two and made her both scary, and sad.

She actually reminds me a little of Jenna Coleman who plays Clara Oswald in Doctor Who – they both have the similar pale features, dark-hair, ‘good girl’ look about them. 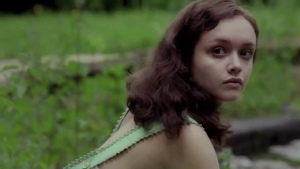 Jane spends a good percentage of the movie in her room. It is stark, dull and has just a singular matress on the floor for her to sleep on. The investigators communicate with her either through the hatch on the door or by venturing into the room..

Keep your eyes and ears open during these scenes, as what is said and what happens are important to the story. There are a few occasions where they take Jane out of her room to experiment on her – and the results are shocking.. 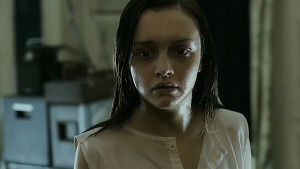 Appointed as the group cameraman, Sam (played by Brian Mcaneil) is warned heavily by Professor Coupland at the beginning of the investigation to keep his distance – to not get involved with Jane. He agrees.

..later on in the movie he tries to run away and take her with him because of how romantically involved he has got with her.

This movie is based on real events, so I suppose I can’t comment too much on the real person’s decisions, but it was slightly irritating. By this point though, I had actually become very tedious with the entire movie.

I had become bored of The Quiet Ones before it had gotten even halfway through its screen time. I expected this movie to be a proper shocker; frights galore, terror round every corner, etc. The trailer / publicity for the movie made it look like one of those jump-out-of-your-seat horrors (Paranormal Activity for example) – and when I saw it was produced in association with Hammer Film Productions, I was rather looking forward to a nice slice of horror.

Instead, what I got was footage of a handful of Oxford University students – studying. Followed by chit-chat whilst the professor and student take a walk. Followed by the students faffing around with their project devices.

And then came the action involving Jane. But it was broken up:

Something scary happens with Jane

– scene cuts to Sam playing and editing his footage –

The consistency of the movie was bloody awful. And what made it worse was the slack follow-up scenes; one example being a gruesome liquid sourting out of Jane’s mouth as the professor drags her to her room – an important event you may think. But unfortunately not. The following scene sees Sam sat watching the footage of what just happened – and he seems (vaguely) interested in how the footage was filmed, instead of focusing on what happened!

Unfortunately, this movie centres more around the relationships between the main characters rather than the task in hand, brushing any horror delivered by Jane firmly under the carpet. 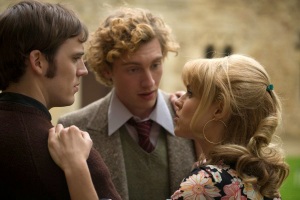 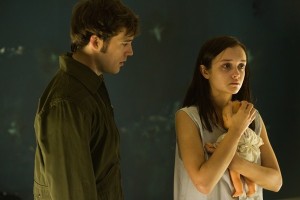 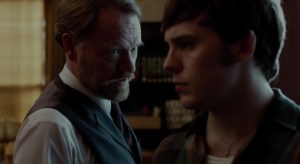 I noticed at a few points the audience were actually laughing; not that classic relief laughter which comes immediately after a scary bit, or the reaction to someone in the audience screaming – this was actual ‘this is funny’ laughter, which immediately lowered the scare factor, any atmosphere of anticipation or being scared fizzled out. It was at these points I realised this wasn’t the movie I’d hoped it would be.

The Quiet Ones was a disappointing piece of cinema.
It was not consistent enough in its horror, which resulted in it jumping from scary scene to romatic scence, scary scene to party scene, etc.
But for what it lacked in direction, it made up for in talent – the movie was saved by Olivia Cooke, a petite actress who made a massive impact.

I expected this movie to be much better than it was. It was the most tame of Hammer movies I have seen, and I wouldn’t recommend it to any horror fan.

This entry was posted on April 13, 2014 by rickysfilmreviews.