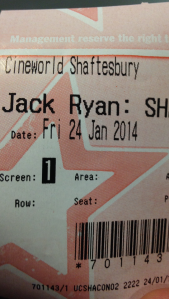 Jack Ryan only wanted a desk job. But its not just his desk which is about to be turned upside down – his entire world is too. As a covert CIA analyst, Jack has discovered a terrifying plot to crash the U.S. economy with a terrorist attack…

So. The first question on many people’s lips: what was Keira like?

And to be honest – she was great.

She seemed to travel lightly through the movie, giving a more subtle performance of a lead character. She gets her share of the spotlight, but doesn’t hog it; in fact on the contrary the director uses her rather sporadically – appearing only at certain points. So those of you who have grown tedious of her pinched, pouty face – do not fret. You don’t get a heavy dose of Keira.

I’d only seen her in films like Love Actually – soppy love stories where she spends 94% of her screen time wincing and pouting.. until Seeking A Friend For The End Of The a World was released, and my opinion changed slightly as she brought adorable a Penny to life.

In Jack Ryan: Shadow Recruit she appears almost like a cameo – and manages to bring Cathy to the screen nicely. 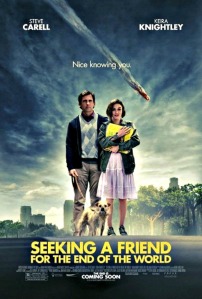 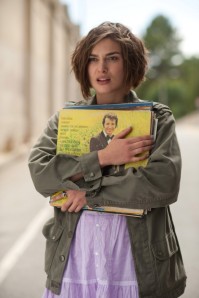 Is it me or is Mr. Pine a rather foxy chap? As I sat watching the movie, I was also sat there thinking, “fucking Jesus, I would tap him”. 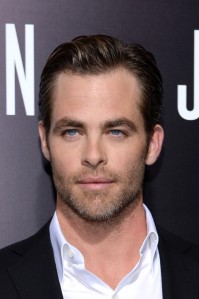 The most enjoyable element of this movie for me was how nicely it flowed.

The movie opens with Jack laying on a park bench in 2001, and being awoken by the hubbub of his fellow university students as they all gather round a television to watch the 9/11 events unfold. It then skips forward to 2003 – then forward again to 2013, when he is a fully grown adult and working on Wall Street as a compliance officer. We are then introduced to the ‘baddie’ – namely, Viktor (played by director Kenneth Branagh) – who hatches his evil plan to collapse the American dollar.

Jack is then made to undergo a mission to foil the bad guy. Bringing Cathy his wife into it who improvises through an evening meal in order to keep the bad guy talking whilst our hero gains access to Viktor’s headquarters and undergoes a wonderfully slick operation…

BANG, BANG, BANG goes the story. It is all played out nice and smooth, with no dragged out scenes. The fluidity is excellent, simplicity to be admired.

And I couldn’t help but exhale a slight chuckle when he appeared on screen in this..

I’ve said it before, I’ll say it again: Nonso Anozie is Ghostbusters Stay Puft – reincarnated. Remember him? The huge sticky dude made from marshmallow, stomping through the streets of New York? I swear to God, looking at Nonso – its as if someone skewered Stay Puft and dipped him in a giant chocolate fountain (in the most non-racist way of course).

One thing that really pisses me off during an action movie is the sex – you know – the sexy scene between the main hero and his female associate / colleague / girlfriend / enemy. Happens in a lot of movies, doesn’t it – for example, just after the lead male has smashed through a window in a high-rise apartment, guns a-blaze, a sexy female attempts to ‘patch him up’.. one minute she’s telling him she hates him whilst mopping blood, the next..

..a long silky curtain blows in the wind (created by the smashed window) as bare legs intertwine in a horizontal folk dance.

Its just too cliché. That is why Jack Ryan: Shadow Recruit was different. There was no sex or sexual innuendo whatsoever, they kept it clean and precise. This director focused on the task in hand, rather than ‘the cock in hand’. 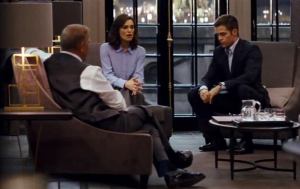 Keep your eyes on the screen during the scene where Jack hustles his way into Viktor’s buildings. It literally is a case of ‘blink and you’ll miss it’. He performs a simple yet brilliantly tense hack, where he tries to extract life-threatening data from a dangerous computer system. I found this bit quite edge-of-your-seat, even though it is a very short scene. It is slick, sharp and thrilling, the perfect dash of spice to speed the movie up a little. 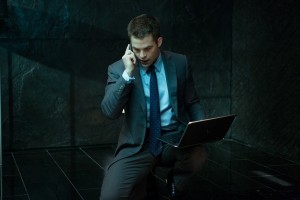 Sinbad – What The FUCK Are YOU Doing There?!

Many years ago on British television, we had a soap called Brookside. Set in Liverpool (wonderfully sultry accent) it ran from 1982 through to about 2003. During its reign, it birthed a character named Sinbad (played by British actor Michael Starke) – and to be honest, I’ve not seen him in anything else since ‘Brookie’.

..which is why my mouth dropped open and with eyebrows deeply frowned, I uttered the words “WHAT.THE.FUCK.” during Jack Ryan: Shadow Recruit. Because just as Jack is rushing through an Auto-Plant, up pops Michael Starke (in one of the most random cameos I’ve ever seen) for no longer than 3 seconds, as he is handed something – and then disappears again. The split-second scenario was a bloody odd gesture, one of those moments you don’t necessarily mind  the actor being there, but can’t help but question bloody why. Random. 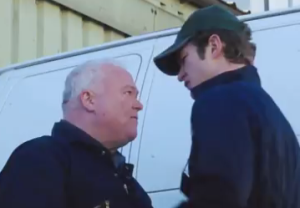 My only criticism of Jack Ryder: Shadow Recruit, is that it was quite easy to get lost. What I mean is, the movie opens – and then jets off into oblivion. This is from my own point of view of course, so other viewers who are very much into the story may well cotton on to Jack’s antics immediately. I personally found it a little too easy to get lost amongst the sudden sea of characters who pop up all over the place, and indeed the reason why Jack is doing what he is doing. I knew the general gist and who he was doing it for, but the rest was a blur of ‘cops, bike chase, pretty girlfriend, etc.’

A lot is thrown at the viewer all at once. 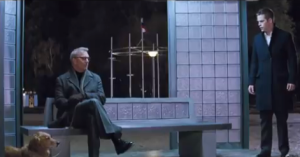 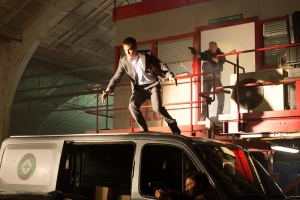 Overall, Jack Ryan: Shadow Recruit is one of those little cult-style gems to be enjoyed lightly. It gages enough action and blends it with some nice comedy to bring the audience good enough entertainment.

The classic book brought to screen, fans of the series should give it a go – like The Da Vinci Code, its nice to see the man on paper given life, whether its better than the book or not.

As I said, it is a nice and easy watch and gets to the point right away rather than hanging around. Very watchable, but it neither dazzles or dithers – it just happens. Give it a go, but if you’re thinking of paying nearly a tenner to see it, DON’T – wait for the rental.

This entry was posted on January 26, 2014 by rickysfilmreviews.