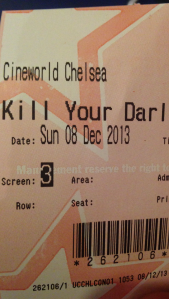 It is the early 1940’s. Jazz music blares out, and the hair is combed over to perfection.

But for one man, things are far from perfect.

Lucien Carr sits in his university room, separated from the rest of his colleagues – alone and rather strange, he wishes things would change. Wishes he could meet someone who would add a sparkle to his life.

On the other side of the country, Alan Ginsberg has just received a letter. Sitting on the doorstep of his family home, he beams with excitement at having been accepted to Columbia University. He is a fresh, talented writer destined for success.

Fate soon draws Lucien and Alan together, and the two are inseparable. Both men’s talents bind together to create a fantastic partnership and their passion for writing grows stronger with their friendship. But one night, something happens. A situation unfolds which has disastrous consequences. And as the two men’s lives spiral out of control, they’re going to begin to wish they’d never met at all… 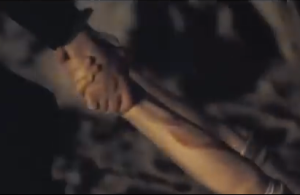 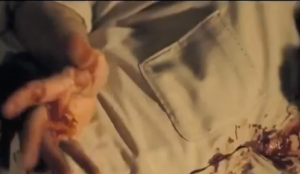 My first observation of Kill Your Darlings, is definitely the relationship between our two lead characters.

As actors, Radcliffe and DeHann couldn’t have been better suited.

From the second the characters meet at the university, the chemistry is brilliant – as well as giving us a very convincing friendship its easy to pick up on the fact that these two actors formed a tight bond before the cameras started rolling. When on screen, they are very believable as Allen and Lucien, and both actors seem to have the classic ‘private schoolboy’ features about them – this element only added to the chemistry. 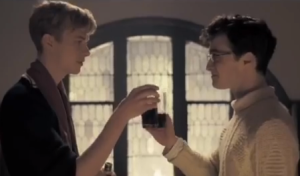 Overall, the set is perfect. It definitely draws you in to the atmosphere; dark bars filled with cigar smoke, a lot of tall architecture, even the comb-over hairstyles and snappy suits worn by the male characters are spot-on. So if you’re a fan of these old-fashioned period drama movies, then you may just bloody love Kill Your Darlings.

Just before the movie began, the BBFC (British Board of Film Classification) warning came up and stated: ‘contains strong language, sex, drug use and hanging scenes’ – possibly EVERY element of an adult movie thrown into one. This made me titter.

The movie continues with Allen and Lucien growing closer, as Allen becomes something of a novice in his English class and appears to be rising to success in front of his teachers.

Whereas Lucien seems to be more interested in getting drunk, and skipping his lessons.

More characters are gradually introduced; an important one being David – a furry, bearded gentleman who happens to be gay. And completely in love with Lucien. Whilst being very close to David, Lucien remains distant emotionally – but this doesn’t stop David trying to win him over.

Which fails spectacularly. In fact, David’s attempt at making Lucien love him ends in tragedy.. 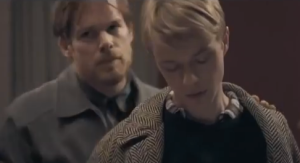 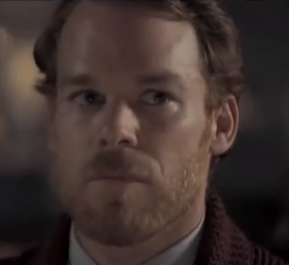 The bit I was anticipating (not necessarily looking forward to) – Allen falling for a male stranger in a bar; and subsequently shagging him.

Christ it was heavy. The sight of Daniel Radcilffe on his back, being nailed was unnerving. I mean, he’s not the best looking banana in the bunch is he? But there he is – face like some sort of distraught duck, as he takes it up the arse.

Even I cringed, and I love a bit of Homosexual horizontal folk dancing. 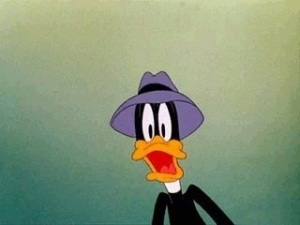 I’ll be frank. Daniel Radcliffe repulses me. He really does. Being neither stunning or unattractive, he just kind of floats in Hollywood purgatory. But his most irritating flaw?..

Whenever he cries in a scene, he looks like he’s either suffering an asthma attack – or on the verge of letting out a massive sneeze. He stands there, shoulders sort of slumped, head bowed – with an “aaaa….aaaaa…AA-CHOO” look on his chops. Plus – there are never any actual tears. See if you can spot it next time you watch him in a movie where he’s “upset”.

I can forgive him for his “my mouth only smiles downwards” grin. 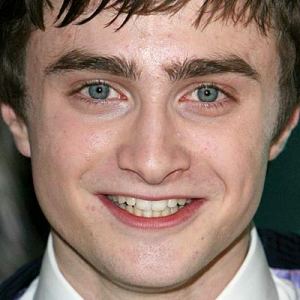 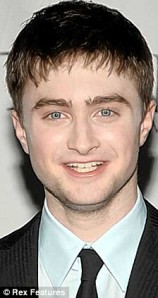 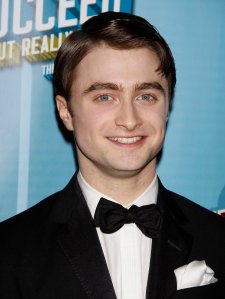 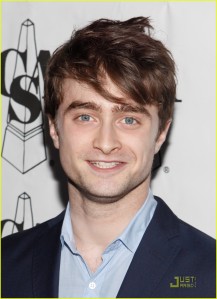 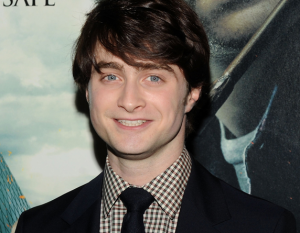 Is it me, or does Dane bear a striking resemblance to Leonardo DiCaprio?

His smooth golden skin an blue eyes are just the beginning – I noticed the shape of their noses are similar, as well as their dimples. But then we have the facial expressions; Dane has that classic flared-nostril facial expression when he’s acting upset or angry.. just like Leo. So as you can tell, my point here is: 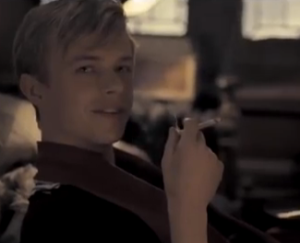 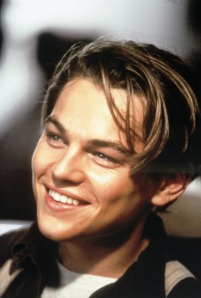 We have the classic phrase “bunny boiler” don’t we. Well, Kill Your Darlings gives us something rather different..

At one point, David (out of pure jealousy / hatred for Lucien) performs an act of sheer evil. Lucien returns home to find his cat in the oven! David has turned the gas on and left the poor fluffy thing in there. But its OK – the cat is saved, and does not get cooked.. unlike Michael Douglas’s rabbit in Fatal Attraction.

On that note, I must point out that the term “bunny boiler” actually comes from – and began with – Fatal Attraction. A late 80’s movie in which Michael Douglas plays Dan – a character who has a hot one-night (sorry – one-weekend) stand with Glenn Close’s character Alex. However, things get nasty when he rejects her to go back to his wife, and Alex gets nasty; one part of her revenge is taking the rabbit Dan bought for his daughter as a gift, and placing the fluffy creature in a saucepan of water.

And then putting it on a slow simmer. 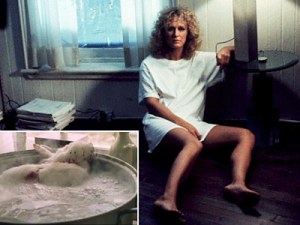 Get ready for it….

This is where the phrase originated. I felt the need to inform everyone – I’m sick of people being so uneducated about movies, young girls running round shouting the phrase often yet actually having no idea where it came from. 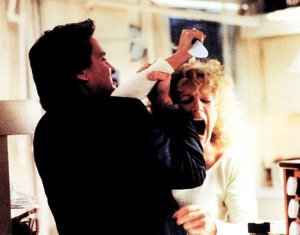 And that’s it really. That is all I have to say about Kill Your Darlings.

(even though a good chunk of it was regarding Fatal Attraction)

I wouldn’t sit through it again – personally, I found it very boring. But again, if you are a fan of these dull grey period drama things, then knock yourself out.

This entry was posted on December 12, 2013 by rickysfilmreviews.