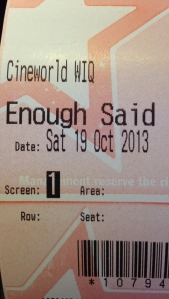 A forty-something divorced woman attends a party, where none of the men are ‘in her league’ – until a man (completely out of her league) comes along, and changes her whole outlook on life..

I smiled throughout the entire movie.

What we have here is an insightful, honest and brilliantly funny story which hits home (hard) about various aspects of life. I was roaring with laughter all the way through, even though the plot was very simple. And the reason for my LOL-ing? Because the movie rang true..

Just incredible. I don’t know where the woman comes from, but she is superb. This naturally-funny actress carried the entire feature as Eva – and not just because she was the main character either. Quirky and petite, she omits a natural presence when on screen and her comedic timing is just faultless. I honestly don’t have a bad word to say about the woman. Oh – other than I was aching from laughing so much. 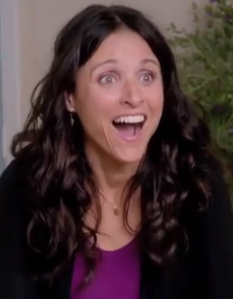 What you may notice when you watch this film is just how truthful it is. We are faced with a delicate situation of one woman’s challenge to balance her relationship with the man she meets, whilst continuing through everyday life. We have dynamic characters; each with their own ways of dealing with things. Situations Eva is put in which are often mishaps yet hilariously farcical. And of course – observational humour which ties them all together. The director struck gold here, by displaying these situations with familiarity – a few scenes had me thinking “yes, I’ve done that” or “I know exactly how she feels”, or the most important one, “that does actually happen!” 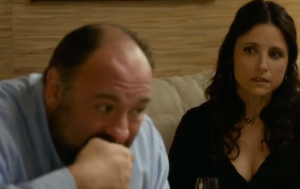 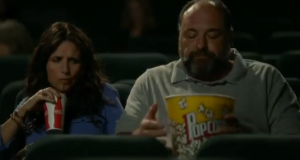 Eva works as a massage therapist. The man Eva met at the party that night and begins seeing, has baggage – an ex-wife. Who turns out to be Eva’s new top client. But instead of coming clean, our protagonist tiptoes through her awkward scenario: laying in bed with Albert, listening to him bitch about his ex.. and then squeezing Marianne’s flesh into shape at her place, whilst hearing her drone on about how Albert was a terrible cook and how disgusting he was with a bowl of Guacamole.. 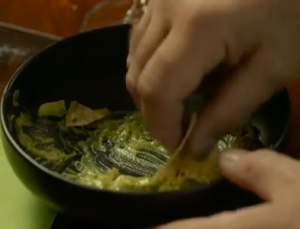 As the movie continues, we watch how Eva and Albert’s relationship develops. And how she has to juggle him and his ex-wife. Some hilarious events unfold, which are nothing short of farce.

But as kind-natured as Eva is, she’s going to have to drop the bombshell at some stage.  Unless of course, events take another turn for everybody… 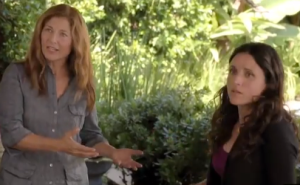 Never Judge A Film By Its Fat

The second I saw James Gandolfini was the ‘other half’ in this movie, my opinion was average. I wasn’t intrigued or interested. And had a kind of “Hm. A yucky furry bloke finally gets laid does he?” overview.

(I love it when I’m proved wrong)

I’m not going to lie, his portrayal of slobby ex-husband Albert was spot-on. There wasn’t one moment where the chemistry between him and Julia paused, they worked together wonderfully. He displayed Albert so naturally, that it was like watching footage of a real couple. 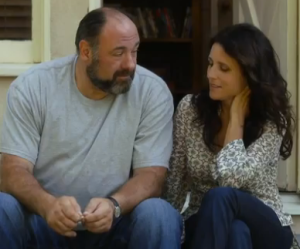 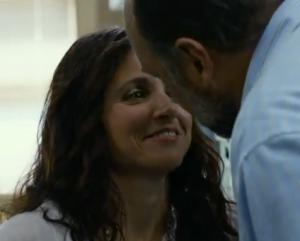 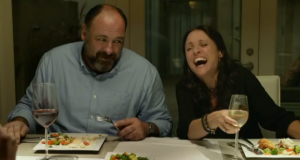 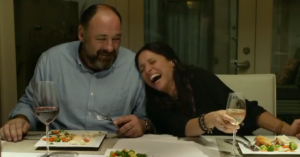 ..which added gleam to an already polished diamond. Throughout the film, there are little things – which are generally irrelevant and you don’t think about – that the characters did. These things mean’t something. Be it Eva picking weeds out of Albert’s garden mid-conversation and announcing he needs his garden done, or the scene where she sits down at his kitchen table and at her reaction at the sight of a plate of bagels is, “I like bread” – or even a totally random conversation about the fact she dislikes feet.. it really is the little things that mean the most. And they’re endearing too. 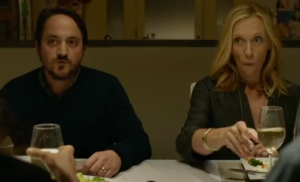 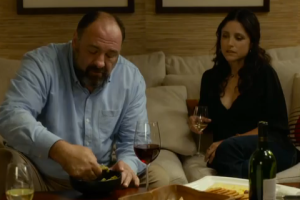 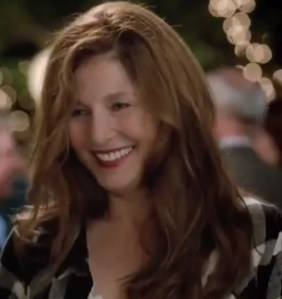 Toni Collette stars as Eva’s best friend Sarah, and provides (as always) some fantastic comedy moments, and cast support. But is she American or Aussie in this movie!?.. from the second she appears on screen, I just couldn’t work it out. The woman seems to speak with complete accent-monotone; as in – flat. Regionally inaudible.  At one point, Eva visits Sarah (every scene where she visits is bloody hilarious) and mocks her accent in an Australian accent, by saying something like, “that’s grrreat mate” – therefore I can only assume she was Aussie in this.

Let me just confirm that Toni is actually Australian in real life. 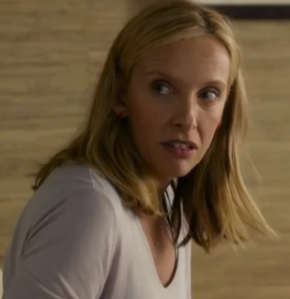 Look out for the scenes involving Sarah’s housemaid. Naturally funny, she carries each scene with her bitchy attitude and quick wit. Her exaggerated accent was just hilarious, and I LOL’d quite a few times.

So what went wrong with this movie, you may ask. Any shit parts? Any awful acting? There was nothing wrong with Enough Said. I can literally only find positive points in it, however if you’re wanting a drawn-out, in-depth story, then look elsewhere. This movie is light-hearted fun, its no Jane Austen tale packed with sub-plots and undercurrent. 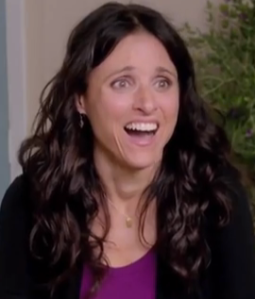 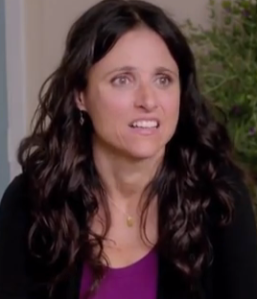 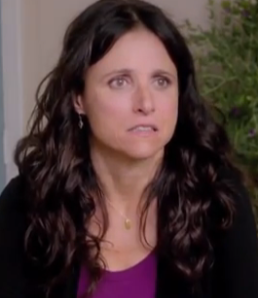 Overall, this movie is a journey of one woman’s dilemma – which although sad, engulfs its audience in absolute hilarity. Its brutally honest and observant nature was refreshing, and comedy value was just superb. I would recommend this movie to anyone who enjoys a hilarious farce, and a more mature cast. Not really for an overly young audience, probably more for over-20’s. This feature made me laugh even more when something funny happened followed by sheer silence from the other characters.

Enjoy the moment, people. You’re going to bloody love this one.

This entry was posted on October 21, 2013 by rickysfilmreviews.